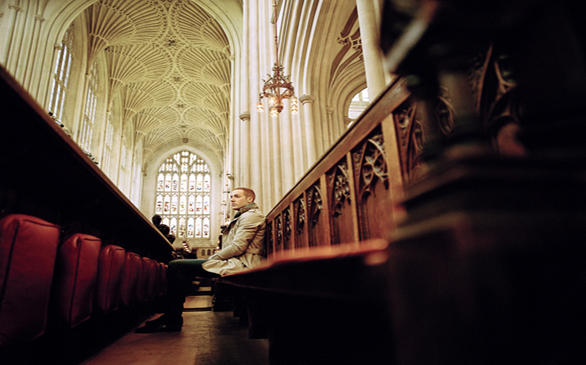 With angelic vocals and ethereal beats, Active Child is very much the music of the gods. Led by Jersey native Pat Grossi, Active Child is a relative newcomer to the crowded electronic scene but with a sound as unique as the heavens itself, he will have no problem making a splash.

If M83 and James Blake had a sexy, illegitimate love child that offspring would be Active Child. His debut full length, You Are All I See, was released in August and has garnered rave reviews across the board – and with good reason.

The album’s first single, “Playing House,” is a John Hughes-era pop ballad with a catchy hook and guest vocals by R&B act How To Dress Well. The album’s second track, “Hanging On,” may be the album’s prized song with its harp backed rhythm and seriously laid back demeanor.

Fans of M83 will instantly fall in love with the dream pop synths and soothing vocals, and anyone unfamiliar will be in for quite an uplifting experience. Several tracks on the album go even further back in inspiration, with a decidedly Joy Division vibe that is at once refreshing and unique.

Grossi’s history as a choirboy has a significant impact on what our ears are treated to when listening to the record. His voice sounds extremely layered and rich and comparisons to Justin Vernon of Bon Iver are not a bad place to start. But unlike that massive ensemble, Active Child is more or less a one-man show with Grossi extending his talents far beyond simple vocals to include songwriting, producing and performing.

With an opening spot on a nationwide M83 tour, I have no reservations that Active Child is on the cusp of exploding into the bedrooms, dreams and minds of the mainstream American public. Do yourself a favor and hop on the train before your friends start tossing this album in your face. You won’t be disappointed.