The Other F Word 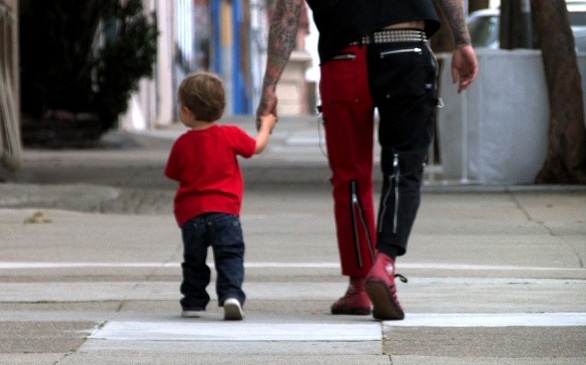 What happens when you grow up? It’s a question that has plagued mankind for millenniums. Although, when people think of being the closest to immortality, maintaining a youthful, childlike spirit and never getting older they think of rock stars, especially punk rock stars. People have been trying to stop the aging process but to no avail; it is inevitable, everyone becomes an adult, and rock stars are no exception.

The Other F Word documentary seeks to explore aging rock stars and the fact that no one is immune to his/her own mortality. The film takes an intimate look at the punk rock life as it’s never been seen before: exploring the world of fatherhood.

The Other F Word shows how some of your favorite punk rock legends have adjusted as they have entered the world of fatherhood. Most people think that being a great parent is an “oxymoron” for a rock star, especially punk rock stars who are stereotyped as tattooed, drug addicted, alcoholic partiers who could never possibly imagine being responsible and normal adults. The Other F Word seeks to dispel those myths and offers a new and fresh spin to rock-star parenting not seen by prior generations.

Through the storyline gets a little sappy, you wonder what the reason is for punk rock’s anger. It seems that a lot of these guys had misunderstood anger and that fatherhood turns them to the person they really are: good, kind men playing bad, or maybe the other way around. You don’t really get an answer.

Then you also see that being a parent doesn’t mean that you have to stop having fun, it’s not really a shift but it’s humanity’s natural progression and no one is immune to that progression. No matter how hard you try to fight, growing older is going to happen. The documentary shows that the parent/child relationships are still the same, but now tattoos and chaos are a part of everyday parenting lifestyle. The documentary gives you an understanding that punk rockers are pretty much a reflection of the modern-day generation.

The Other F Word is a entertaining rock doc. Though it gets a little boring at times, overall it’s a good flick to check out if punk rock is your music of choice.

The Other F Word releases in select theaters Nov. 4.