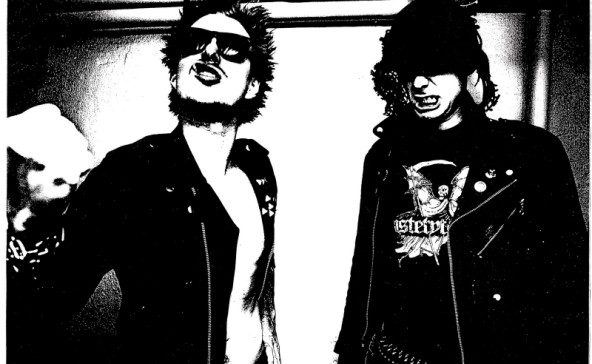 It’s a pretty well-known fact that Sweden is a peaceful, progressive country with a populace that’s recognized for its open-mindedness. And while some might see IKEA, Volvo or smorgasbord as the nation’s greatest gift to mankind, many others would argue that there’s only one product from Sweden that matters: death metal music!

For these folks, you have bands like Bastard Priest, a duo consisting of singer/drummer Matt Mendoza and guitarist Inventor. The album’s title cut is typical of the duo’s style; Mendoza sings like Rob Zombie after a week-long bender while beating the skins furiously like he’s playing Whac-A-Mole with Satan’s head, as Inventor fills every other available space with screeching guitar. Mendoza’s style also includes a little bit of humor here and there; a brief cowbell flurry brings a classic rock-tinged smile to all the gloom during “Ghouls of the Endless Night.”

“Enter Eternal Nightmare” sounds like Cradle of Filth’s idea of a haunted house theme while the lurching “Poison” is a bit sludgy like Black Sabbath’s “Iron Man,” and the deeper you get into the album the more classic rock influences you hear. On album closer “Enormous Thunder of the End,” Inventor finishes the song with a blast of psychedelic guitar, another nod to the fact that Bastard Priest’s interests go far beyond death metal.

Ghouls of the Endless Night is currently available.