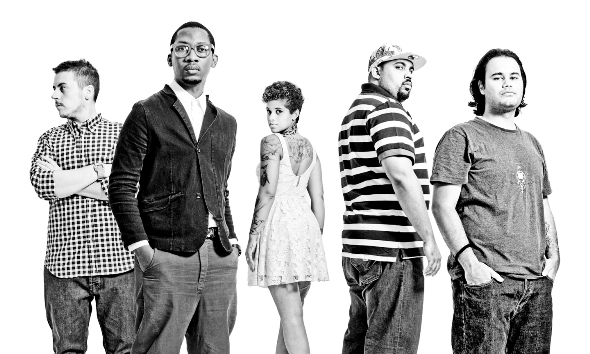 There are so many words to describe Buraka Som Sistema, and they all embody the meaning of fierce. I remember seeing them at Coachella a couple of years back, and at 3 in the afternoon nowhere on the Coachella lawn or anywhere in Southern California was dancing as hard, fast and sweaty as we were in Baruka Som Sistema’s tent. It was nothing you would regularly hear on any mainstream channel. In Europe, however, it’s a different story.

Born in Portugal, the group mixes house and trance music, with the styles of African and Caribbean beats in a genre known as kuduro which consists of my mathematical equation of 30-percent house, 30-percent hip hop and 40-percent African drums. When you combine all these styles (which are already high energy individually), you’re in – dare I say it – a fierce state of booty shaking.

On their sophomore album, Komba, Buraka Som Sistema does not disappoint. Collaborations with MC Afrikan Boy, who has worked with M.I.A., create an ambiance of being in a club, somewhere in Africa. Somewhere, maybe like Angola. That’s because the album’s title theme stems from an Angolan religious ritual celebrating someone’s life seven days after they have passed away.

Listening to the unique language of an MC rapping layered with jungle beats in the album’s opener, “Eskeleto,” gives someone like me a taste of the music we’re deprived from here in the states. And when I mention the word fierce, it doesn’t necessarily mean screeching, screaming loud sounds like in the genres of rock or house music. Rather, it has a more sinister, playful vibe, like you are in some sort of ritual where you laugh at the face of death – by dancing your ass off. Yeah, that probably didn’t make any sense. But if you listen to the album, you’ll hear what I’m talking about.