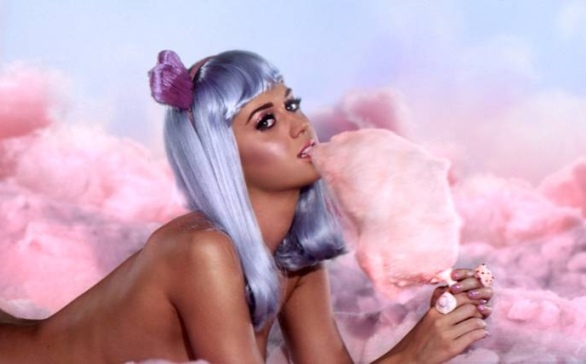 We’re getting into that time of year again – colder weather, Daylight Savings just ended, the coming of Thanksgiving and, before we know it, Christmas. And while some might be pledging to a no shave November, or any of its other related activities, you can pledge to a concert-filled November with some upcoming acts from a wide range of genres. Make November the month you finally see one of your favorite artists or check out someone new. Tis the season to buy yourself a ticket to musical happiness.

You might not speak French, but it doesn’t take any language but body language to sway and dance like a madman or woman to Yelle’s tracks. The French group has been around since 2000, crafting some fun, clap-friendly tracks and a loyal following even amongst groups that don’t speak the band’s chosen language. It’s hard not to dance along to any of the band’s bouncy yet easygoing tracks so why not take a break from a stressful weak to unwind to good music in a beautiful language? You can just say you’re being creative with that French studying.

Up there on the list of powerhouse female vocalists, Mary J. Blige is sure to give a wow concert to those who purchase a golden ticket to her Club Nokia show. Blige has recently been named one of the members of the new signers on “VH1 Divas,” which only helps cement her status as a veritable singer and influential woman. Blige’s vocals are obvious enough on recordings, so the live show is bound to only make her talent all that more impressive – she hasn’t won nine Grammys for nothing. Witness the skills of someone not in need of any Auto-Tune. Dance, sing and maybe even cry along to her always-passionate tracks. Blige will surely make it a Thursday night to remember.

The bubble-gum girl has got a knack for catchy tunes and apparently quick costume changes at live shows. And she doesn’t seem to be letting up any time soon. Sit, or stand, yourself alongside hundreds of other fans and sing your head off to this cutesy chart topper. It’s bound to feel a little like a trip to “Candy Land” except with plenty of infectious music along the way. Perry’s career has been exploding lately, and you can see her singing chops live and maybe even up close. It’s a “Teenage Dream” come true. Or maybe more like the reinforcement of your guilty pleasure.

HARD Haunted Mansion might have just shook the Shrine Auditorium and caused mayhem for two days strong, but that doesn’t mean it’ll be the only music event to shake things up. The Smiths’ vocalist who went on to craft his own solo career, Morrissey, will hit the stage at this same venue and surely have everyone from hardcore, loyal ’80s fans to newbie teens singing at the top of their lungs to songs about anything from heartbreak to England. The smooth-voiced man is still going strong after a long career in music, and this is your chance to catch this music icon and brag about it to your grandchildren later when they hit their rock phase. Do I see a coolest grandpa or grandma prize in the future? If not, you can at least compete for most intense singer/starter of a mosh pit.

But the concert calendar doesn’t end there. Explore your options for a night on the town and get rid of that upcoming end-of-the-year stress with some of the best the concert season has to offer.