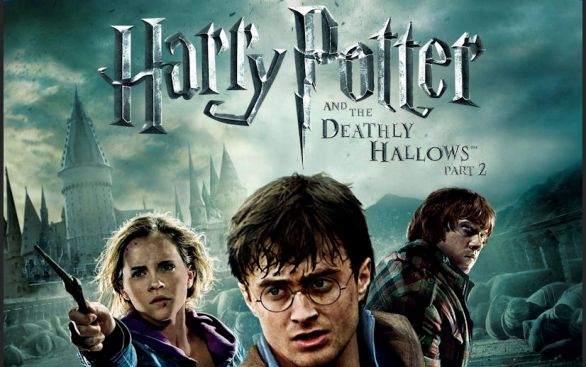 The biggest film undertaking in history, the adaptation of J.K. Rowling’s epic fantasy series, comes to a close after 10 years with Harry Potter and the Deathly Hallows: Part 2. The boy wizard and his pals track down the source of Voldemort’s power for the final showdown with their immortal enemy.

Atlas Shrugged: Part I brings the first half of Ayn Rand’s epic dystopian classic to the screen for the first time. Taylor Schilling (“Mercy”) stars as a railroad executive on a search for a mysterious man whose invention may hold the key to stopping civilization from failing.

John Woo’s Hong Kong action classic A Better Tomorrow gets an update with a South Korean remake. It’s packed with double-crosses, rival gangs, revenge and brothers on opposite sides of the law.

Adapted from the best-selling novel, Snow Flower and the Secret Fan tells parallel stories of the lifelong bond between two pairs of women, one in repressive 19th century China, the other in bustling modern-day Shanghai. The director of The Joy Luck Club crafts this transcendent ode to the bonds of love.

A handful of neo-classics comes to Blu-ray: Still Nicole Kidman’s best role, To Die For is a pitch black satire about a fame-seeking woman who seduces two high schoolers in order to get them to kill her husband (Matt Dillon). Gus Van Sant directs.

A timely drama about the power of the media and perception, Sydney Pollack’s Absence of Malice stars Paul Newman, in one of his best late-career performances. Sally Field plays an investigative reporter who discovers she may have been used by powerful forces to smear an innocent man.

One of legendary director William Wyler’s final films, The Collector is a creepy adaptation of John Fowles’ novel about a butterfly collector who sets out to start collecting people. Terence Stamp stars.

Chameleon Jeff Bridges gives another in a career of great performances in Terry Gilliam’s comedy The Fisher King. Bridges stars as a disgraced shock jock who joins a homeless schizophrenic (Robin Williams) on a Quixotic quest through Manhattan for the Holy Grail.

A body switch comedy for the Frat Pack generation, The Change-Up stars Jason Bateman as a respectable if harried family man who accidentally exchanges bodies with his swinging bachelor best friend (Ryan Reynolds). Leslie Mann and Alan Arkin co-star in this film from the director of Wedding Crashers and the writers of The Hangover.

In the spirit of Friday and House Party, Anuvahood is a British take on the urban comedy about a wannabe gangster. Star Adam Deacon (Kidulthood) wrote and directed the film.

A star-studded cast of badasses – including Mickey Rourke, Jason Statham and Curtis Jackson (50 Cent) – assemble for a hardboiled tale of underground Russian roulette in 13.