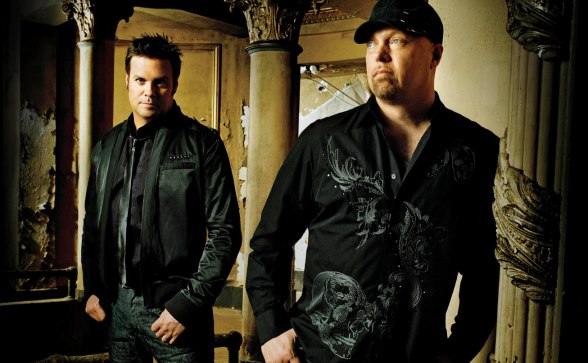 Raucous country act Montgomery Gentry has just released a new album called Rebels on the Run, and one lucky purchaser of the album will win a motorcycle. One physical copy of the album includes a “golden ticket” good for a one-of-a-kind Demented Cycles custom chopper designed with input from the duo’s Eddie Montgomery and Troy Gentry. As of press time, no one has come forward with the golden ticket.

“Dante,” the pilot episode of “Tim Timebomb’s RockNRoll Theater” was created by iconic musician and Grammy Award-winning producer Tim Armstrong and recently premiered on the VEVO premium music video and entertainment platform. The episode brings the 14th century epic poem “Dante’s Inferno” roaring into the 21st century with a timely new take on greed and corporate corruption. The episode stars AFI frontman Davey Havok, guitarist and vocalist Lars Frederiksen of Rancid and actor Robert David Hall, known for his extensive work on TV’s “CSI.” No word yet on what Armstrong has planned for future episodes.

Fearless Records has had lots of success with their ongoing Punk Goes… series, and pre-orders are now being taken for the latest title, Punk Goes Pop Vol. 4. Pierce the Veil gets the honor of the lead-off spot on the compilation with their cover of Bruno Mars’ “Just the Way You Are.” The set also features goodies like Go Radio covering Adele’s “Rolling in the Deep,” the Ready Set smokin’ with Wiz Khalifa’s “Roll Up” and For All Those Sleeping interpreting Taylor Swift’s “You Belong With Me.” Other punk acts covering pop hits include Allstar Weekend, Silverstein, I See Stars, Tonight Alive, Woe is Me and Downtown Fiction. PGP4 drops on Nov. 21, but you can pre-order now at PunkGoes.com/Preorder.

Black Friday, the biggest shopping day of the year, is almost upon us once again, and this year, indie record stores are hoping you’ll spend some of your hard-earned loot on vinyl. Thusly the folks who bring you Record Store Day, normally celebrated on a Saturday, are hosting Back to Black Friday on Nov. 25. And, as usual with a Record Store Day event, there will be plenty of limited edition and collectible vinyl pieces on sale only at select indie record stores. Some of the titles available on wax on Back to Black Friday include: Live at KCRW by Iron and Wine, Blood Sugar Sex Magik by the Red Hot Chili Peppers (remastered and on vinyl for the first time in 20 years,) a Tom Petty live effort called Kiss My Amps, a two-song 12-inch EP from the Black Keys and the five-disc Eric Clapton Blues Box. Classic rock fans will want to swoop on the 40th Anniversary of L.A. Woman vinyl singles box set by the Doors and The Wall Singles Box from Pink Floyd. To find a participating outlet near you, visit RecordStoreDay.com.

If you weren’t at the Buddy Holly tribute show at the Music Box in Hollywood this past September you should know that the entire event was filmed and you can now, beginning in December, view the concert on PBS. The show features Keith Richards, Ringo Starr, Cobra Starship, Shawn Colvin, Imelda May, Brian Wilson, Stevie Nicks, Raul Malo, Boz Scaggs and many others.

The event was put together by producer Peter Asher, who said of Buddy, “He showed us how brilliant and unforgettable songs could be written using the simplest of chords. He taught us the value of a lyric which came from the heart and the importance of making records the way you learned them in your head.”

Congratulation’s to Pomona hardcore act Xibalba for signing a deal with Southern Lord Records. The label had previously taken a chance with a limited pressing of Xibalba’s Madre Mia Por Los Dias album – they ended up selling like hotcakes so the respected purveyors of doom will have exclusive handling of the band’s 2012 follow-up album.