Honeyhoney: Prepares for a Homecoming 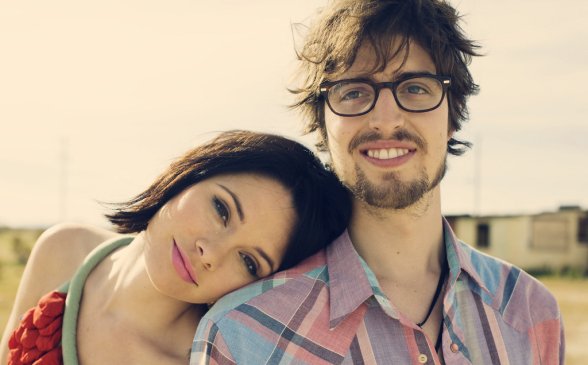 While they were on the road, making their way to Salt Lake City, Utah, I spoke to Honeyhoney’s Ben Jaffe. Looking back on the show they had just performed a couple hours to go, he reflects, “The tour is winding down, we have a week and a half, almost two weeks, to go.” Jaffe, though, is not road weary. He continues, “You know, I’m in the zone to keep traveling so I might even keep going after the tour.”

The duo’s newest album, Billy Jack, was released last month to great response. As a girl from Ohio, the opening lines “We’re holed up in Cleveland / We got nothing else to do / Except have bad intentions” were my favorite, and I listened to the song “Let's Get Wrecked” about 10 times without stopping. So for all of my fellow Los Angeles transplants, we should all join Suzanne Santo and Ben Jaffe at their show at the Troubadour on Sunday.

With the album released so recently, they are still getting feedback and response from the fans.

“For us, it’s been amazing, you know. We had a really good response from people that have been supporting us for a while, and good things have been happening. It’s been exciting,” shares Jaffe. On a tour like their current 41-date North American schedule, they hope to bring in the fans, new and old. With the way the tour has been going I am sure that they will see some familiar faces the next time around.

“I hope they will want to come back. I think that’d be pretty sweet,” says Jaffe.

Entertaining the crowd, putting on a show is the most important part of the tour for the band.

“Being entertainers is important to us,” Jaffe says. “We like to make things fun. We like the quiet moments in the shows too, but those moments have to be earned I think.”

The two artists continue to write while on the road; it’s a continuous process.

“At this point it’s just us holing up somewhere and fighting with each other ’till songs come out,” Jaffe says with a laugh. “We try to fight as little as possible, but you know it’s an intense thing working like that. Any kind of creative collaboration is a challenge, but it’s also great.”

Excited to get back home to the West Coast, they will be on home turf shortly.

“In L.A. we’re playing at the Troubadour and we’re excited about that, it’ll be a homecoming show. I love both coasts, but because this will be the end of the tour on the West Coast, I’m really looking forward to all of them. They will go quickly, they’ll be fun and a little out of control.”

For the next tour, “you know we’re really excited for, whenever it happens, to move up to larger venues and spaces to play for more and more people,” Jaffe adds.

With the encouragement of a sound engineer and friend, their first album was recorded.

“We started playing together, someone would reach out to us on MySpace, and it began to snowball in that way.”