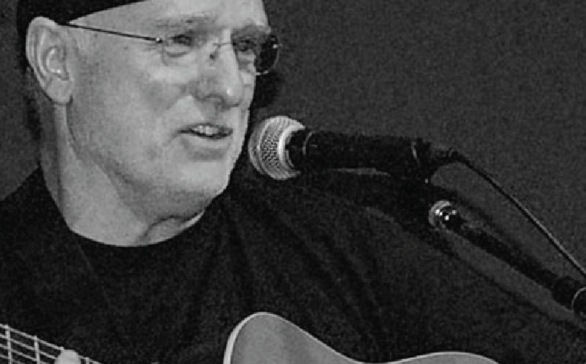 A genius songwriter capable of piercing your heart while laying his own soul wide open on the altar of scrutiny, the best kept musical secret in Los Angeles is Ric Taylor.

Taylor graduated high school at 15 and, seeking adventure, flew to England. Since the laws of England did not allow him to work until age 18, he alleviated boredom by picking up a guitar for $17. This was at the height of the London music scene, and Taylor was in the middle of it, seeing John Lennon and other artists on Carnaby Street. After a year, the authorities thought he was avoiding the draft and booted him back to the United States.

He came back as the San Francisco music scene was busting wide open. He attended college north of there, got better guitars and was hanging with the Grateful Dead, Santana, Quicksilver Messenger Service and just about anyone else in that scene.

Taylor makes it very clear he was not one of the hippies who did nothing but get high and hang out, but rather a Berkeley radical who actually hit the streets. At one Vietnam protest, this 18-year-old ended up tear-gassed.

A pivotal encounter in Taylor’s life was his friendship of Paula Douglas. She was the Lectures and Concerts Commissioner in Northern California who had about a $3,000 budget to hire bands, create a Renaissance Faire, organize bead sales, etc. Douglas was your typical hippie chic who wore muumuus, a great cook and had a keen sense for making things work. For example, she had bands (like Santana) come to the college and play at noon for free. She then took them to her ranch, got them stoned and fed them. Douglas then sold tickets at $3 each for a full-on concert that night. Her budget overflowed at $28,000.

Douglas took Taylor under her wing. When she heard his first attempt at songwriting, her words of encouragement inspired him to keep going. Douglas got him gigs in San Francisco and Berkeley. Taylor had hoped to one day draw her back out into the spotlight and give her the credit he felt she was due, but Douglas died at a young age from breast cancer. In some small way, we are hopefully honoring her today.

Some of the greatest influences on Taylor include Bob Dylan and Mick Jagger because of their “bad” vocals.

“I liked Dylan because he sounded so horrible, and I thought, ‘Well, I can sing better than that.’”

Taylor’s voice has been heard the world over throughout the years as he toured with several bands before going solo. At one point, Taylor landed a position as the head guitar instructor for Yamaha Music International for the western hemisphere. When he got the job he had to learn their technique, and now he’s trying to unlearn it all since it can inhibit his creativity.

His current CDs, Rebel Without Applause and Songs From Around the Cosmic Campfire, are available on his Web site. Although occasionally he will bring in special guest artists to accompany him, the impact of his one-man show brings depths of emotions that leave even the stouthearted shaken and touched.

“My writing process starts with a humming melody, and some line will come out of the cosmos and end up being the direction for the lyrics that are suppose to be. I have 200 melodies in my quiver now. Lyrics are the hard part for me,” he says.

Having taught whitewater canoeing, Taylor compares it with songwriting: “In canoeing, you could die if you're not careful. Songwriting can feel like that. Especially when it involves personal content and emotions. The tragic thing is that most people stop making mistakes, but that is what makes us grow artistically. People are afraid and embarrassed to be vulnerable on stage. They need to crack themselves open and let themselves out. I’m not sure who said it, but it bears repeating: The only difference between a rut and a grave is the depth.”

Suzi Fox is a freelance writer and the founder of artistfromtheattic.org; an organization that offers a venue for musicians, writers, actors, artists and others to post their work for FREE for the world to see!