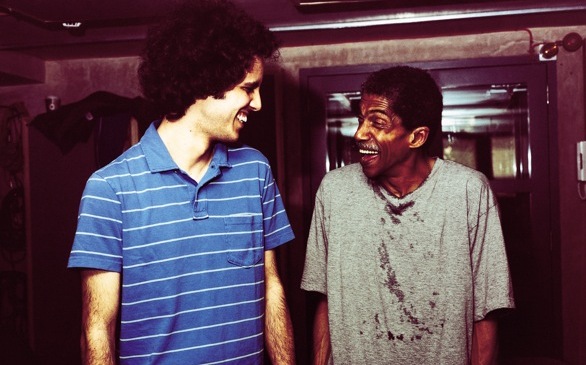 British electronic musician Kieran Hebden got to work with the legendary American jazz and soul drummer Steve Reid (Miles Davis, James Brown, Sun Ra) for about half a decade; Reid’s death in 2010 put an end to a surprisingly fruitful collaboration. The pair is joined here by sax man Mats Gustafsson for a set of what can essentially be called free jazz, but that description doesn’t really do the music justice.

“Morning Prayer” finds Hebden working up a mesmeric drone on his laptops, eventually springing and sproinging off on spacey tangents, while Reid provides a polyrhythmic beat that seems to originate at a distance. As much experimental electronica as it is jazz, the lengthy song puts the listener in a trancelike state that continues throughout the subsequent five tunes.

Gustafsson for his part squeaks up a serious storm on “Lyman Place,” playing like James Chance having a nightmare. Improvisation is the order of the day throughout but on “Lyman Place” the trio overflows with a barely-controlled cacophony that fully demonstrates the adage “blow the lid off the joint.”

This set represents Reid’s last recorded work and as such, in addition to being jaw-dropping in the first place, is an especially memorable farewell gift.

Live at the South Bank is currently available.