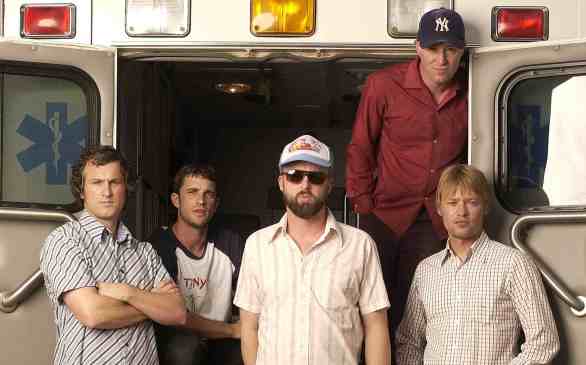 Show off your ’stache, and win a trip to see Cake.

Their latest album, Showroom of Compassion, sold in hair-raising numbers and hit Billboard’s No. 1 spot earlier this year; now the band Cake is asking fans to literally raise some hair to support a good cause. The band has launched the “Mustache Man” mustache growing contest in conjunction with Movember, a global charity event where men grow mustaches in the month of November to raise money to fight prostate cancer or just to raise awareness of the research being done to battle the disease.

Guys can enter a photo of their ’stache in any of three categories: “The Largest,” “The Most Nostalgic” or “The Most Dangerous.” The grand prize winner and his guest will be flown to Atlanta for Cake’s New Year’s Eve show where they’ll also enjoy complimentary accommodations for two nights, special seating during the show and a meet-and-greet with the band after the performance. Entries must be in by Dec. 3; info at mobro.co/cake.

Cory Smoot, guitarist for the band GWAR, has died. Smoot was discovered dead on GWAR’s tour bus the morning of Nov. 3rd as the band prepared to cross into Canada for a series of shows. The members of GWAR perform in rubber monster costumes and assume monster names; Smoot’s stage name was Flattus Maximus.

“We are completely devastated and shocked beyond belief,” says the band’s Dave Brockie, also known as Oderus Urungus. “One night we had our friend and colleague, happy and healthy in the middle of our best tour in years, and the next morning, so suddenly, he was gone. Never have I seen starker proof of the fragility of life.” Brockie adds that GWAR will carry on, including finishing the Canadian tour. “Though it’s hard to believe, I think we all would feel a lot worse if we stopped. For better or worse, we have to see this through.”

At press time Smoot’s cause of death had not been determined. He was 34.

Chris Pennie, a founding member of Dillinger Escape Plan, has ended his tenure as the drummer for Coheed and Cambria after a four-year stint. Pennie and the band both cited “creative differences” as the reason for the split with Pennie adding, “I am very thankful for the times I shared the stage with the guys in Coheed, and I especially want to thank the amazing, supportive fans that I’ve met while on tour. There are a lot of exciting projects on the horizon that I feel require 100 percent of my commitment and attention and I feel that this is the right time to make that happen.”

Pennie is working on a new album with his band Return to Earth and also developing a new production company called Fight Mannequins.

“American Idol” Season 2 winner Ruben Studdard and Golden Brooks from “Girlfriends” portray a married couple in the Alvin Moore, Jr. stage play “The Perfect Gift,” now available on DVD. The show’s plot is described thusly: “What should be a joyous and festive holiday for Michael Harris (Studdard) and wife Sandra (Brooks) quickly turns chaotic when Sandra’s parents come for an unannounced visit. Through the madness the couple learns the true meaning of the holiday season and realizes that the greatest gift you can give to your family is love and understanding.”

The Perfect Gift is available through Amazon and at select Wal-Marts.

Greg Ginn and the Royal We

Guitarist Greg Ginn, the mastermind behind legendary group Black Flag, has a new band, a new album and a new sound. The band is called the Royal We, the album is We Are Amused and the sound is electronica. Ginn offers a simple explanation when asked the reason for the new direction.

“I try to play what I would like to hear,” says Ginn. “If it feels good to me, then there are other people that might enjoy it.” Ginn goes on to cite Skrillex, Glitch Mob, Signal Path, Lotus and especially the String Cheese Incident as some of the electronic acts that he appreciates. We Are Amused is available now on Ginn’s own imprint, SST Records.