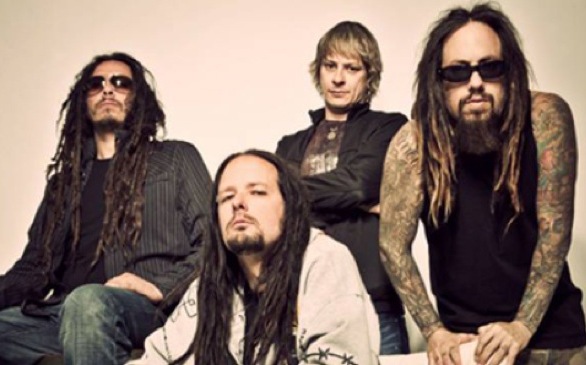 If you asked someone what the last genre he/she would expect head-banging, scream-friendly, metal/hip-hop band Korn to mesh with, one possible answer would be the currently popular, mainstream-merging electronic genre. But for lead singer Jonathan Davis, it’s this new phenomenon – and the dubstep sound specifically – that will help separate Korn’s music from that of other bands in the current rock scene.

With an 18-year-long career, lineup changes and two Grammys, Korn is virtually like any other famed mid- to late-’90s band trying to get back into the rock world. Korn’s success peaked back in the late-’90s with Follow the Leader, an album ridden with enough angsty lyrics, heavy-hitting bass notes and fuzzy guitar riffs to get any angry teenager through high school and fire up the adrenaline of many a mosh-pit-loving hard rock fan. Later albums featured tracks that appeared in Lara Croft Tomb Raider: The Cradle of Life and even the Ubisoft video game “Haze.”

But these later works didn’t enjoy the success of previous albums, and around 2008 the rock scene was taking on a different flavor that diverged from Korn’s heavy, hip-hop influenced intensity. Around the same time that the band worked on “Haze,” the track for the game of the same name, Death Cab for Cutie released “I Will Possess Your Heart,” which made it onto the Billboard Hot 100, Modern Rock Tracks and Pop 100 charts. You couldn’t find two more different tracks or rock bands, no matter how much Death Cab for Cutie also loves a good bassline.

Davis sees the rock sounds of late as something less than pleasing, plainly stating to Rolling Stone magazine that rock has been “so fucking lame lately.” His solution is to team up with the people transforming the current music scene, dubstep DJs and producers like Skrillex and Downlink who will make appearances on Korn’s upcoming album The Path of Totality (due out Dec. 6).

But the collaborations aren’t only in the studio, as some of Korn’s shows will feature appearances from some of the contributing electronic names (An L.A. record release show is scheduled for Dec. 6 at the Palladium.). This means a completely different experience from a Korn show 10 years ago. Yet the band is wise enough to include a few classics for veteran fans and is planning on separating shows into different sets – some containing the usual tunes, while others blast out the new, dubstep-fused creations.

Korn’s decision as a whole makes sense because dubstep is like the dirtier, rebellious younger sibling of the current electronic music scene. Listen to only a few seconds any of Skrillex’s tracks and it’s obvious that this isn’t your normal, club and dance-friendly Deadmau5 or David Guetta track. Dubstep is the electronic genre that blares a flurry of deep, quaking sounds that seem to rattle your chest. Add that sound to Korn’s hip-hop sensibilities (the ever-busy bass line and the funky drum beats) plus their penchant for dark sounds and the collaboration starts to make sense.

What Korn has to be careful about is not letting the band come off as just a guest sound on one of the dubstep DJ’s or producer’s eardrum-defying tracks. There are plenty of artists merging with DJs and producers to create chart-topping tracks (Rihanna’s Calvin Harris-backed “We Found Love” serving as one of many recent examples), so asking a DJ or producer to collaborate is obviously a wise move. But it doesn’t always pay off; there are many elements that have to stay balanced as with any successful song – the lyrics have to be interesting, the beat equally captivating and the sound a cohesive whole.

The move is also risky because it might very well turn off hardcore fans from the ’90s. As with any band with a huge following from a specific group, there is a danger in changing your sound too drastically. Dubstep fans might be down with Korn’s new groove, but older fans and those accustomed to Korn’s usual sound might not be so willing to indulge in the new hybrid sound. Korn might gain a few electronic fans and lose a few rock fans.

The move is commendable either way. It’s tough to do anything different and original in the music scene because so much has been done, but at least Korn has the courage to give it a try.

Music Notes
Rapper D.R.A.M. captures the spotlight with a sociable persona and a talent for mixing styles.
5,365 views

Music Notes
Taylor Swift in a tricky spot amid an Oscars backlash over diversity
7,471 views

Music Notes
Taylor Swift: What will be her key to longevity?
1,894 views