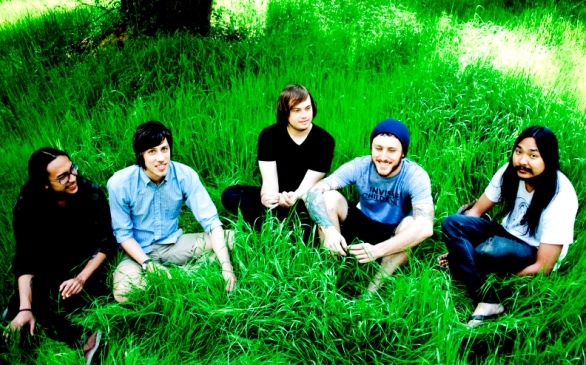 “We’ve never been at a point in our career where people were looking forward to something we were putting out, so naturally we hope people like it … because this could be bad,” says O’Brother vocalist Tanner Merritt. As the frontman for the Atlanta-bred band, Merritt might want to polish his sales pitch ever so slightly.

Though he laughs as he says it, for Merritt and his band mates, bassist Anton Dang, guitarist Johnny Dang, drummer Michael Martens and guitarist Aaron Wamack, showing off their musical artistry should be the last of their worries. Blending stripped-down folk-rock with concussively aggressive post-rock, the fivesome’s unique mix of moody atmosphere and hard-hitting intensity has already earned them a bit of buzz for their new album, Garden Window.

“It’s crazy that there would be any kind of anticipation over it. We thought the record was going to be done a lot sooner, so we had people tuning into small snippets when we’d stream small segments, then after like, five months, asking what’s taking so long. To the points where kids would get kind of angry because we didn’t have a release date until about a month ago,” says Merritt. “So it’s been a process, but it’s cool that there’s been a handful of people who have been following it since the beginning. Hopefully it’s gaining momentum.”

Having just completed their tour opening for Thrice, Merritt’s band looks to make good on his hope to start picking up speed in the coming months, with the band heading out on a headlining tour in early spring to support the album. Though Merritt admits that the prospect of leading their own tour is likewise just as daunting for the band, he remains eager to show off the full range of his band’s abilities in a live setting.

“Some of the more chill songs have become my favorites to listen to on the album, because they required a lot more patience to write and record than the big, loud, wall of sound type songs,” he says. “The goal is to keep the same level of intensity, but to have the music be quieter. Sometimes the most impactful and dramatic things can be very quiet. I don’t want to give the impression that we’re just a loud, aggressive band, because there’s a lot more to it.”

If the preview of new material they gave on the Thrice tour is any indication, the band has some good surprises in store, both for new unfamiliar listeners, and those who have been following a bit longer.

“This is our first full-length too, which is exciting, being able to write a whole, complete thought, instead of just a collection songs,” says Anton Dang.

“The EP we did was dynamic within songs, but with doing a full-length, we tried to spread it out to have both loud and quiet songs, and then attempt to weave it all together into a cohesive album,” says Merritt. “It’s pretty eclectic, and somewhat all over the place.” Again, top-notch salesmanship from the vocalist.

Though Merritt’s modesty when talking about his band is a welcome change of pace from the bigger egos currently dominating modern rock, it’s also clear that he understands the challenges faced by bands who take a riskier creative path.

“It’s hard to make singles when you’re trying to write an album and have some standout piece that fits in the middle of that puzzle. It makes it hard for a band like that to be marketable, and that’s why a lot of these bands have trouble getting press,” he says. “A lot of the bands we’ve been lucky enough to tour with have a devoted live following that comes out though, so it seems like it can still pay off.”

Despite this, the band remains undeterred, meaning Merritt, who himself professes to intentionally have no back up plan, won’t be needing to work on his marketing ability anytime soon.

“There was a point where we were all living in a house in Atlanta and all had day jobs that supported it, and we were like, if we’re doing this, we have to commit,” says Dang. “We’re quitting our jobs, moving home and trying to stay on the road as long as we can. Then there was two years of dark touring, just shitty bars playing to local drunkards, so it’s encouraging to see all that hard work start to pay off.”