He's back! Ricky Gervais to host the Globes for a third time. 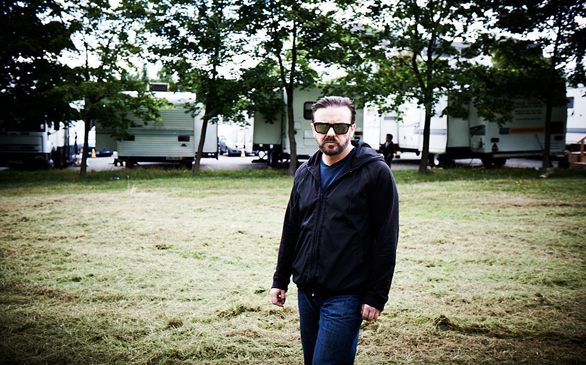 Armed with dead-pan one liners, Gervais is bringing back his take on Hollywood for next years Globes. This decision was due to his acerbic job as master of ceremonies which boosted ratings during this years telecast. Gervais’ tongue-in cheek quips shook Hollywood leaving many offended and others laughing for quite sometime. This exposure, no doubt played a part in NBC asking Ricky to return and rake in viewership once more at the expense of the celebrities it's honoring.

With a promise of epic proportions, Hollywood better take cover.

For more information check out: