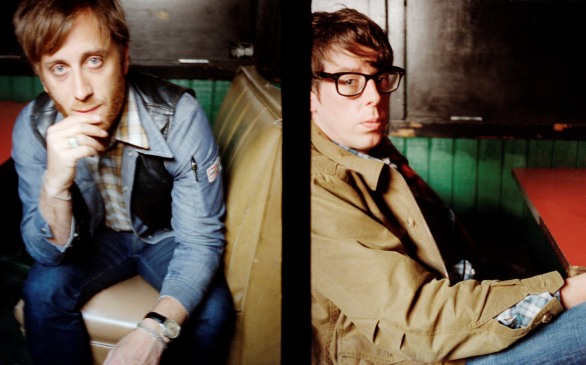 The Black Keys are just one band who are taking part in Back to Black Friday.
(Credit: Danny Clinch)

A typical Black Friday will have people crowding stores in the hopes of getting their hands on something new and probably technologically advanced, whether it be a flat screen TV or an iPad. But for only the second time, this year’s Black Friday will also include buzz about a more antiquated item – the vinyl record. The people behind Record Store Day have come up with “Back to Black” Friday, a day of special vinyl record offers.

We might be in the age of iTunes and Spotify, but there are still those who prefer physically holding their music, and something about the vinyl record has gotten people interested again. The revival is part of music lovers’ ever-going debate on what makes music the most authentic. From CD to vinyl record to digital copy, the sounds change. So which version is the best? For some, the vinyl can give a sound that the other copies cannot. And it seems that artists agree. Modern acts like the Black Keys will release their work on vinyl and the Red Hot Chili Peppers will unveil a vinyl Blood Sugar Sex Magik.

So this Nov. 25 isn’t just about getting new gadgets, it’s about going back in time to when the music blast from your record player not your iPod or laptop. It’s about getting back to a sound that is rarely heard. The move to create exclusive deals for Black Friday is obviously economically savvy, but it brings to light an interesting change in the music world. It might not be every artist on the Top 40, but there are some musicians who prefer the classic vinyl feel and sound to digital downloads. Just the fact that these figures prefer it and that their fans buy it indicates that music lovers don’t just go with the flow of technology – there is something important about the experience of hearing music.

This is probably what fueled the vinyl movement. The experience of listening to a vinyl involves things that aren’t found when music lovers listen to a digital version. The differences seem obvious and simple, but they make a difference in the way the music is perceived. It might not be the most convenient way to listen to music, but it makes listeners connect to the music in ways that CDs and digital copies do not. Even with a CD, chances are that you’d be listening to the music on your iPod or laptop and that the CD would be mixed with others you own. But a vinyl forces you to pay attention to one artist or band at a time and really steep yourself in that sound.

And the artists releasing these vinyls are savvy. They don’t just choose the same songs already on their other albums. Vinyls will feature special tracks like live songs, covers and new tracks. Not to mention the fact that a vinyl includes the added bonus of some creative covers and sometimes even lyrics. When was the last time you really paid attention to the cover of an album or flipped through the pages of a booklet with lyrics?

What’s for sure is that the day will keep fueling the debate about whether vinyl is better than CDs or digital copies. While digital copies are more convenient, some artists find that they just don’t have the right sound. Black Friday is their chance to release special tracks and convince music lovers to go through a different experience than just clicking around on iTunes. It might not necessarily capture the attention of all music lovers, but early-rising shoppers might spot the vinyls and have their curiosity piqued.

What will keep the movement going is the investment of artists. If these artists are willing to keep putting out vinyls – and special releases at that – fans will keep having more reason to buy them. It might only be a small group that buys the vinyls, but the fact that they are being sold at all shows there is a growing interest in them.

The music world will continue getting more and more technologically savvy, but sometimes it’s nice to give in to some nostalgia.