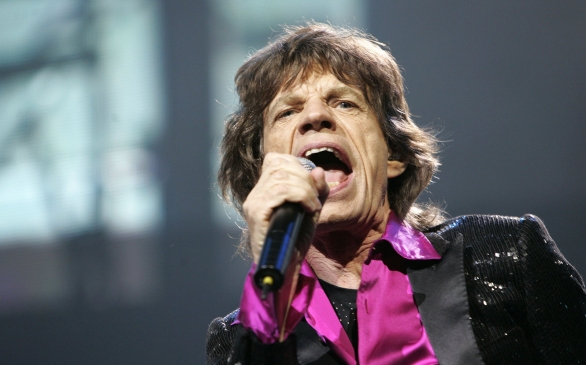 These are days of unfinished business for the Rolling Stones as they continue to mine their vault for “lost” material – a fascinating cache of unreleased tracks from the 1977-1978 Some Girls sessions arrives in stores this week – and gather their dark powers for their 50th anniversary next year and perhaps another tour. Lead singer Mick Jagger chuckles when asked about the advice he would give himself as the band sizes up the golden anniversary and its possibilities.

“You can’t be too impressed, I think,” Jagger says. “You could wallow in nostalgia if you wanted, couldn’t you? I don’t think that’d be the right attitude. There are lot of ideas and things to do, some of them sound interesting, some of them sound possible and some of them sound difficult and some sound outright schmaltzy, to be honest. I don’t know really know what’s going to exactly happen – but I’m working on it.”

The Stones, of course, have been working on something ever since the JFK administration. The band defies the laws of time, human endurance and pop-culture physics, but it remains a spiky alliance, especially after the publication of Life, the Keith Richards memoir that got its harshest critique (“a bit bitchy,” “tedious”) from a frenemy named Jagger.

Jagger and Richards sometimes seem a bit like an old married couple who stand together only for family photos and then do so only with thin, hard smiles. But, in separate phone interviews, both are clearly enthused about the release of a tricked-out archival edition of Some Girls, the June 1978 album that gave the world “Miss You,” “Far Away Eyes,” “Shattered” and “Beast of Burden.” A concert film, Some Girls Live in Texas ’78 is also available on DVD and Blu-ray as a tie-in to the newly remastered album, which is available in different editions and features a dozen previously unreleased songs. Those tracks were in various stages of completion and polish, and Jagger, Richards and company say it’s been a curious and inspiring exercise to fill in the blanks all these years later.

“It was an interesting autumn kind of project for me,” Jagger says, adding that he was prepared for the labors by the 2010 release of Exile on Main Street with a similar bundle of salvaged tracks. “I learned quite a lot from doing the tracks on Exile about how you do this without it being too much psychological damage. ... The Exile ones seemed really quite old and even though this is just seven years later it was just more immediate to me in some ways. This album was so much of a piece while Exile was recorded over such a period of time, over maybe three years and different sessions.”

Some Girls and these new unreleased additions reveal a band that sees the music landscape changing beneath the rhythm logic of disco and ethos assault of punk. On a more personal front, the Some Girls sessions marked the full arrival of Ronnie Wood as a band member and there was still anxiety in the air about the legal status and lifestyle of Richards, who was coming off a heroin arrest in Toronto.

“Going back to the music, it immediately transports me back in time; it’s like, ‘Beam me up, Scotty,’” Richards says. “When I’m listening to it I can see the room where we are, I can smell it. It was the last album I did on the stuff ... The interesting thing about making that album was we felt an enormous kick ... from the punks. There suddenly was this other generation coming on and they couldn’t play for [anything] but they were kicking [butt]. Some Girls was the response because we had been cruising before that, I think.”

Some of the recovered and refurbished tracks were close to finished – like the Chuck Berry-informed “Claudine” and the leering “So Young” – but just didn’t make the cut when the Some Girls deadline approached. Others like “Do You Think I Really Care?” required a sort of throwback mentality to finish. “It was sort of half done and I had to sort of get back into the mood of the song,” Jagger says. “It was a bit repetitive, I had done two verses but I needed five.”

Richards says he enjoys hearing the varied genre paths the band was following in the 1970s and the echoes of Hank Williams and Gram Parsons tucked into the time capsule.

“Part of Mick and me is we always loved country music,” Richards says, “And I mean, ‘Dead Flowers’? Mick has written some of the best country songs of all time. It’s part of what we grew up with and what we love. It just comes from the heart, not from the mind.”