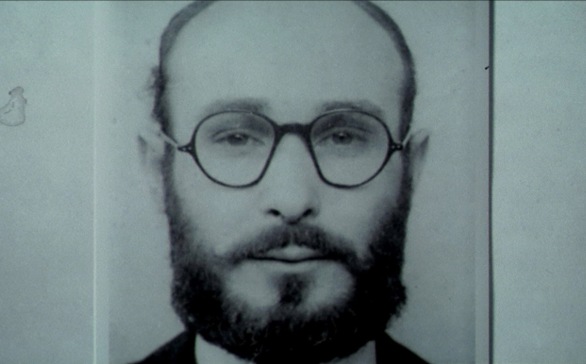 Garbo: The Spy chronicles one of the greatest spy mysteries on record. It is the story of Juan “Garbo” Pujol García, a Spaniard who served as one of the most compelling double agents in world history. We learn that without Pujol’s exploits, World War II could have had a completely different outcome and how he changed the course of world history.

Garbo: The Spy paints a memorable figure of the legendary adventurer using fragments of propaganda footage and interviews with players in Pujol’s life mashed together with clips of Hollywood films including Patton, The Longest Day, Greta Garbo’s Mata Hari, Mr. Moto’s Last Warning, The Stranger, Pimpernel Smith, Invisible Agent and The Secret Code just to name a few. Together, everything shows a detailed story of Pujol’s journey and how one man played both sides of the MI-5 and the SS German military.

Teamed with interviews from novelist and intelligence expert Nigel West and MI-5 Specialist Mark Seaman – who both have investigated Pujol’s every move and provide vivid details – and the Countess of Romanones Aline Griffith – who was a spy during World War II and worked for American intelligence in Spain – Garbo: The Spy gives us a very detailed picture of whom Pujol was.

Pujol was a double agent for both the allies including MI-5 and the Axis of Evil SS during World War II. Pujol was a game changer who is defined as an altering force in the world’s most dangerous war. We get to find out what he did, offering his services to the Third Reich and to the Allies. There has not been anyone capable of Pujol’s dangerous games since and probably never will be. Garbo’s ruse may have turned the tide of the war and is such a great story that I think it should be made into a feature film because it has so many twist and turns. I know it could make cinematic history.

Since we don't have anything but interviews and documents to illustrate the story and bring Pujol’s miraculous and plot-twisted story to life, director Edmon Roch does a moderate job mixing scenes from spy films and movies about World War II that mirror real-life events. Though at times the documentary lags behind and grows a little dry, the great footage brings you back. It’s a story that’s so compelling that you try to stay attached and learn more of the period’s history.