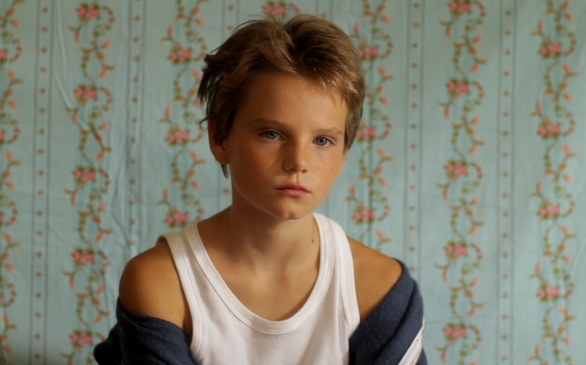 Moving to a new place for most kids is one of the scariest things imaginable. Try moving into a neighborhood with everyone thinking that you are something you are not. And what happens when you have to play along with the ruse? Tomboy entertains such a circumstance and does it with an unheralded wit that makes you understand why the movie has won over many fans on the film festival circuit.

Tomboy is a French, coming-of-age drama directed by Céline Sciamma, featuring Zoé Heran as Laure, a young girl who has recently moved to a new neighborhood and is looking for friends. She sees the strong friendship among the boys, and when they accept her as a boy - with her short-cropped hair and boyish looks, she decides to pretend to be a boy and tells everyone that she is Mikael.

The issues start when Mikael’s relationship becomes close with Lisa (Jeanne Disson), and young love blossoms under bizarre circumstances. Laure has to negotiate the minefield of finding new friends while managing to keep her secret from not only her friends, but also with her amazingly adorable kid sister Jeanne (Malonn Lévana), who is upset that her sister has a new group of friends.

Laure as Mikael adjusts to her new neighborhood perfectly, playing soccer, having water fights and awkwardly making costume adjustments in order to be boyish. Existing as Mikael, she digs a hole deeper and deeper for herself during the summer holidays, even swimming with the boys. With the start of school approaching, friendships made and romances embarked upon, something has to give, which provides for some amazing entertainment.

The film works in large part due to the casting. Héran as Laure/Mikael is so convincing as a boy that you as the viewer sit truly questioning if it is a boy or a girl on the screen. Even to the point that when she is finally forced to put on a dress and be a girl it just doesn’t feel right.

The actor who truly shines is Lévana as Laure's little sister; she steals every scene she is in. Given a secret to keep halfway through, she delights and amuses every time you see her. She is one of the brightest young actors on screen since Dakota Fanning.

As delightful as the children are, the theme of a young girl yearning to be a boy is presented but hardly explored. The film is very simple, which adds to its charm of being one summer in the life of a mixed up girl. Though its subtext is strong, it truly makes the viewer think instead of being bored.

I enjoyed that the film didn’t offer answers to Laure’s reasons for taking things so far, which are never dealt with beyond surface levels. Sometimes that isn’t necessary and takes away from a coming-of-age story because most of the time kids make decisions for no reason at all.

This film is from the heart and has a great story and message.