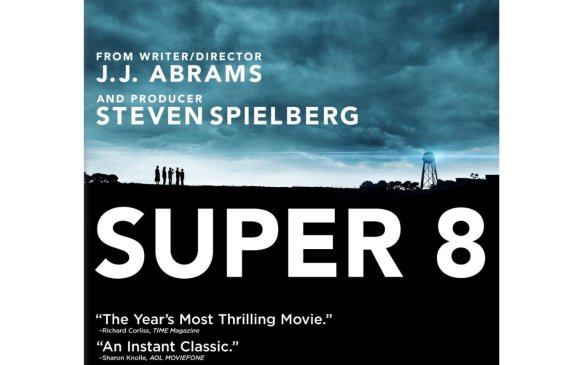 The Majors:
Taking a cue from Steven Spielberg, J.J. Abrams crafts a highly enjoyable, kids-in-peril, special effects adventure that also has a heart with Super 8. A group of friends accidentally films the escape of an imprisoned alien creature and soon has to fend off government investigators and the rampaging E.T.

A deliciously over-the-top drama in the mold of Scarface, The Devil’s Double is based on the true story of Saddam Hussein’s opulent son and the army officer who is forced to become his body double, entering into a nightmarish world of excess and cruelty.

The Idiotbox:
A vampire, a ghost and a werewolf are roommates – no, it’s not the beginning of a joke, it’s the premise of Being Human: The Complete First Season, a remake of the hit BBC series and a compelling drama about outcasts trying to fit in.

For the first time on DVD, The Adventures of Tintin: Season One brings the classic comic strip to life with Tintin the reporter and his faithful dog Snowy solving mysteries. Afterwards, catch the upcoming big screen adaptation.

Also available: Comedy Central stand-up special “Pablo Francisco: They Put it Out There,” Conan the Adventurer: Season Two, Part One

Foreign Fare:
Kristin Scott Thomas stars as a journalist investigating the 1942 French roundup of 10,000 Jews who were sent to concentration camps in the heartbreaking drama Sarah’s Key.

Set during China’s battling Feudal period, The Warring States is a period epic about two brothers locked in bitter rivalry on opposite sides of the battlefield.

A neglected gem of Italian Neo-Realism, Crime of Love (Delitto d’amore) dramatizes the cultural and economic divide between northern and southern Italy in a tale of lost romance and harsh working conditions.

Also available: What Women Want, a Chinese remake of the Nancy Meyers rom-com.

Under the Radar:
Hope Davis stars as a suburban housewife with amnesia and a second chance at happiness with her dysfunctional family in The Family Tree. Dermot Mulroney and Selma Blair co-star.

A disaffected young man (Zach Gilford, “Friday Night Lights”) runs away to the Oregon wilderness to fish and find himself in the coming-of-age drama The River Why. William Hurt co-stars.

Stranger Than Fiction:
Superheroes profiles the real-life citizens across the country taking to the streets with pepper spray and costumes to dispose of drug dealers and muggers in their communities. Police officers and comic book legend Stan Lee offer their perspectives on the movement.

From his beginnings in the Greenwich Village Beat Scene through the Woodstock era and into the present day, American original Wavy Gravy has carried out his mission to spread peace and justice with his own brand of fun-loving verve. The Wavy Gravy Movie: Saint Misbehavin’ draws on archival footage and the activist’s own reminiscences.

Blu Notes:
Marlon Brando stars as the conflicted first mate of a tyrannical sea captain in the 1964 remake of Mutiny on the Bounty. This gorgeous, first-ever Ultra Panavision film is lovingly restored.

For Kids:
A star-studded ensemble cast, including Jessica Alba, Joel McHale and Jeremy Piven join the cast of Spy Kids: All the Time in the World 4D from writer-director Robert Rodriguez. Original stars Alexa Vega and Daryl Sabara are back for more fun and gadgets!