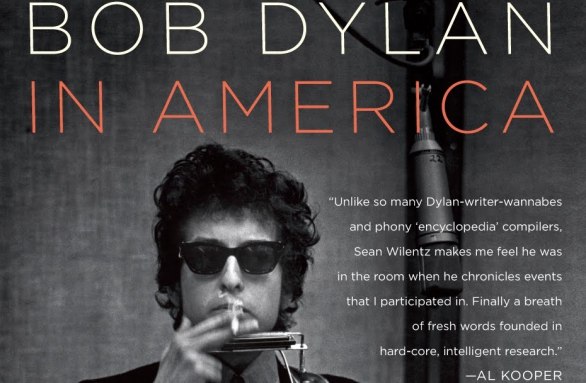 Animal Maniacs
A detailed and unusually entertaining writer of non-fiction for the New Yorker, Susan Orlean has triumphed again with Rin Tin Tin. The tale (tail) of the legendary dog that starred in 23 films for Warner Bros., saving the studio from bankruptcy in the process, resounds with courage and quirk.

Art Connoisseurs
Richard Polsky’s The Art Prophets tells the fascinating story of how the definition of art exploded in the 1960s. Following visionaries through the second half of the 20th century, this book feels like a back stage pass to the cool school.

If you don’t believe Los Angeles to be one of the premiere art towns in the world, pick up Pacific Standard Time and consider yourself convinced. This gorgeous tome features the City of Angels’ best and brightest from 1945-1980 and is not to be missed. See the actual work at the Getty thru Feb. 5, 2012.

Boyfriend
If your boyfriend is anything like mine, he is obsessed with Bob Dylan. Sean Wilentz’s Bob Dylan in America dissects the phenomenon with a fan’s appreciation – but without going overboard.

Hunter S. Thompson transcends time and cool with his writing in a way that few can top. Fear and Loathing at Rolling Stone, edited by Jann S. Wenner, compiles some of the author’s best and most controversial work.

Lushly illustrated and a treat for both young and old, Star Wars Art: Comics will delight long time fans and intrigue new ones by pulling together artwork from the history of the comics. With three decades under its belt, this unique franchise shows little sign of fatigue.

Cinephiles
An insider’s look into the movie business, Edward Jay Epstein’s The Hollywood Economist, pulls back the curtain on all of the creative financing that takes place behind the scenes. Full of fascinating tidbits about the star system, this book will entertain as well as inform.

A living legend, Martin Scorsese, like Quentin Tarantino, seems to breathe film. The thorough Scorsese on Scorsese, by Michael Henry Wilson, lets the director delve luxuriously into his work.

Comedy Lovers
I am willing to go head-to-head with anyone who doesn’t think “Parks and Recreation” is the best sitcom on television. Finally, the official guide, Pawnee: The Greatest Town in America, can be yours with Leslie Knope offering an official tour through this fair village.

Cooking Enthusiasts
One cup Jamie Oliver + one-half a cup of Alice Water + two tablespoons of Mark Bittman will give you Kathleen Flinn’s delightful tale of teaching average people to eat better. In The Kichen Counter Cooking School, the author assembles nine cook-a-phobes and proceeds to give them simple and clear instruction in all things culinary.

One of L.A.’s best restaurants just got a lot more accessible with Nancy Silverton’s The Mozza Cookbook. Try some of the chef’s delicious recipes at home, like Potato, Egg and Bacon Pizza and Rosemary Olive Oil Cakes with Olive Oil Gelato.

While not essentially a food writer, Adam Gopnik has amassed quite a collection of essays that relate in some way to gastronomy. This New Yorker writer goes whole hog with the interesting and fun The Table Comes First - assorted insights, recipes and tales about all and sundry related to the edible.

Fashionistas
Who can forget J. Lo’s plunging green Oscar gown or Marilyn Monroe’s white halter, transformed by a subway grate? Hal Rubenstein ruminates on these and other sartorial confections in the sumptuous 100 Unforgettable Dresses.

Like a children’s picture book for adults, Celia Birtwell transports you to a better, more colorful and more interesting world. A textile designer with a distinctive eye for color and print, Birtwell’s creations will entrance you.

Gardener’s Delight
Written by the experts behind the Baker Creek Seed Company Catalogue, Jere and Emilee Gettle’s The Heirloom Life Gardener will knock your clogs off. Chock full of insider tips on starting your own vegetable patch, this book both informs and inspires.

Kids
Perhaps the best children’s author still working, Maurice Sendak has put his indelible mark on the genre with Where the Wild Things Are. His latest title, Bumble-ardy showcases Sendak’s supreme touch for the macabre with a twist of sweet that kids will devour.

Phaidon’s eye for quality extends to small fry with Tomi Ungerer’s adorable The Mellops Go Diving For Treasure. Beautifully illustrated with wit and panache by the author, this story of adventurous pigs will entertain the whole family.

Stamped with the Caldecott Honor Book seal of approval, Barbara Lehman’s adorable The Red Book speaks volumes without using any words. Really a love letter to reading, the author’s illustrations take a small boy, on a wintery day, anywhere he wants to go, simply by turning a page.

Literature-O-Philes
Esther Freud, the great-granddaughter of Sigmund, writes with an eye for detail that one imagines her inheriting from the family tree. Lucky Break, a novel set among English actors over the course of a decade, bristles with electricity and passion.

Just when you think you can’t read another 9/11 book, along comes one to knock your socks off. Amy Waldman’s The Submission, dazzles with insight, rocks with compassion and disarms with intelligence.

Memoir-Aholics
Bon mots and humorous insights cannily make up Nora Ephron’s I Remember Nothing. The writer of such successful films as When Harry Met Sally and It’s Complicated delves seamlessly into her personal life with her terrific essays.

Nigel Slater writes the way most people wish they could: breezy, smart and funny. His memoir, Toast, dishes up an unsavory childhood with uncommon flair.

Moms, Grandmas and Aunts
Recently a touching and brutal film starring Kristin Scott Thomas, Sarah’s Key recounts a mostly forgotten World War II story of French Jews. Following a heartbreaking story of a brother and sister, as well as a parallel tale of a journalist in the present, Tatiana de Rosnay’s tale is riveting.

Perhaps the world’s most regarded restaurant, Spain’s elBulli closed its doors this year. Luckily for the food lovers among us, the chef, Ferran Adria has a mouthwatering cookbook with surprisingly achievable recipes, called The Family Meal.

Romantics
The most wistful of the Jane Austen novels, Persuasion projects a hard-earned maturity. A new annotated version, edited by Robert Morrison, provides oodles of facts for fans and newbies alike.

Tweens and Tweens at Heart
Maile Meloy’s The Apothecary (one of my favorite evocative words), cloaked in mystery and magic, delivers at every turn. This tale of displacement, ancient books, elixirs and even Russian spies draws the reader in like a honeyed fly strip.