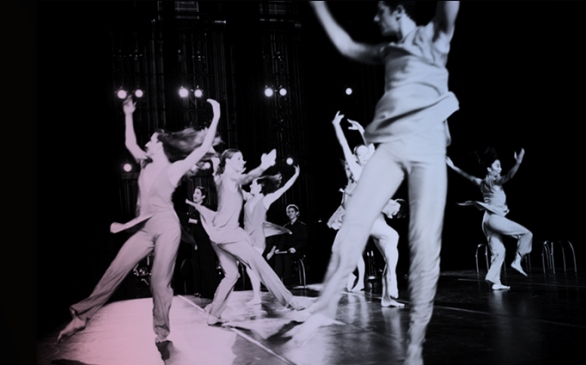 They met almost two decades ago while dancing for epic choreographer Bella Lewitzky, and it was an artistic symbiosis that has kept them friends for decades. When the company folded, both went on to new careers: John Pennington, the artistic director of both the Pennington Dance Group (PDG) and ARC Pasadena, now serves on faculty at Pomona College and Cal State Long Beach, and is co-director of the Lewitzky Dance Gallery. Yolande Yorke-Edgell founded Yorke Dance Project (YDP) in Los Angeles in 1998 shortly after dancing with Rambert Dance Company in London, where she still lives and works.

Now Pennington and Yorke-Edgell are working together again, even though they live on two different continents. Reconnecting to work on the reconstruction of Lewitzky’s legacy dances (YDP is the only European Company permitted to do them, and Pennington is one of three dancers certified to teach them.), they’ve kept in touch via Skype, e-mail, etc. Soon they decided it was time to take the virtual conversation onto the stage by collaborating on a piece that brings these companies from two continents together for works that they will perform in the L.A. area in December.

It’s almost as if this is one big Internet date set up on DanceMatch.com. While working in their homeland, they pieced out a conceptual framework, created a shared movement and sent each other video clips of phrases. But it won’t be until the upcoming weeks that their dancers will physically share creative space in person. The collaborative piece entitled “Overlay” is based on the theme of sharing space, of interjecting people into a new territory and what that entails both physically and metaphorically. The affects and effects of something being overtaken by a new outside force.

Since both choreographers worked with Lewitzky, they share a strong aesthetic about clarity in movement and strong spatial design. Lewitzky worked with the architecture of a body in space, and her protégés Pennington and Yorke-Edgell carry that through with a large, lush movement style that sweeps through space, as dancers work in harmony and movements cascade in canon throughout the group.

But these two contemporary dance makers are also more interested in showing the human “theater of life,” not only a body in space and thus incorporate emotional narrative into the work. Issues of how these unknowns will work together in movement become metaphors for how new people get to know one another, and whether they will get along.

Also on the program, the companies will each perform a work from their repertory, PDG will perform “Yield of Vision,” and YDP will perform “City Limitless. “Yield of Vision” is a five-part work that uses LED lighting to highlight perception, voyeurism and exhibitionism. The stage is transformed by reflective material into a mirrored alternative reality, and through the use of non-traditional illumination, Pennington choreographs a work of ever-fluctuating light, shadow and movement. “City Limitless,” choreographed by Yorke-Edgell, gives a glimpse into the beginnings of what was to become the beat generation. Performed to the original recordings of Kerouac and fellow writers Allen Ginsberg and Neal Cassady and a specially commissioned film that pans through the landscapes and places Kerouac visited.