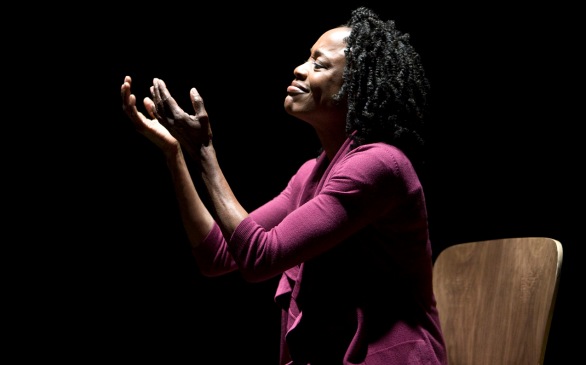 “The Night Watcher” with its cast of one, is turning heads at Culver City’s Kirk Douglas Theater. Written by lead actress Charlayne Woodard, “The Night Watcher” is the winding and often heart-wrenching story of her experiences in almost-motherhood. The eldest of five sisters, Woodard’s role as an ‘Auntie’ is one that has allowed her to make an impact on a list of children that do not include her own. Loaded with anecdotal wisdom and thought-provoking conundrums, Woodard’s tale is one that looks to defy the conventional definition of the term ‘raising children.’

Delivered with the poise and precision of a seasoned professional, Woodard played to a packed house that couldn’t help but hang on to each word as she unfolded intricate scenes of triumph and love. Her hold on this crowd was palpable as she stirred gasping reactions from an audience that found themselves both shocked and entranced by Woodard’s inspiring, yet relatable vignettes.

Backed by an impressive production staff, “The Night Watcher” is a complete package with effective lighting, tasteful scenery and bone-chilling sound effects. It is the type of narrative that creates a backdrop within the mind, rather than on the stage. Perhaps one of the most effective elements of this show is that most of the story takes place within current day Los Angeles. Many of the locations described in Woodard’s narrative are places that the audience has been to. They are familiar stores, parks and areas of town that serve to not only to acquaint the audience, but offers a common ground on which Woodard adds comic relief.

Addressing issues of race, sexuality and the insecurity that is often accompanied with childhood, Woodard’s account of supporting her nieces and nephews is inspiring. Delivered in the serendipitously gripping format of her one-woman show, Woodard has the ability to transform a lonely stage to a complex theater within the mind. The lessons and images she leaves you with are haunting, entertaining and nothing short of unforgettable.