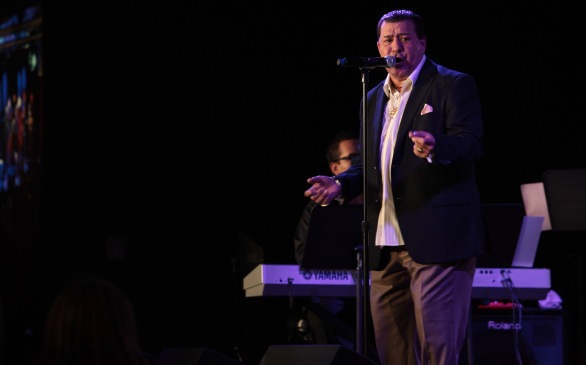 Nothing could be better than a salsa show to begin the month of December. Also known as “El Gallo Salsero” (the Rooster of Salsa), Tito Rojas delivered an energetic performance at L.A. Live’s the Conga Room in support of his latest album, Independiente (Independent).

Active since 1978, Rojas is a charismatic and rather flirtatious performer on stage, which drives the ladies crazy. The audience enjoyed the nearly one-hour display of his repertoire. Rojas, who before the concert admitted he loves coming to Los Angeles, sang “Por Mujeres Como Tu” (Because of Women Like You); originally of another genre, he made this song completely his with gusto. “Senora” (Lady) and “Por Que Este Amor” (Because This Love) were also performed.

A native of Puerto Rico, Rojas offered that he will spend the upcoming holidays with family while eating, partying and performing in Latin America.