Twee Time: Can we stop the sweet? 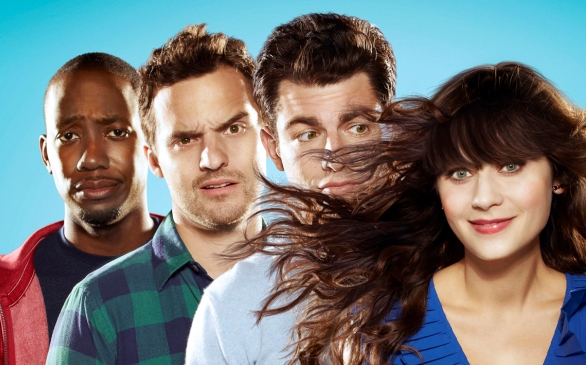 We need to talk about twee. Twee is pervasive, genteel and hard to bear, pixie-haired, wide-eyed and precocious.

Twee is also out of hand, and more complicated than it seems. See, though being twee is often regarded as a negative quality, tweeness is not necessarily insufferable.

Your cat is twee. Otters are twee. Scarves are twee. Mittens are twee. Connecticut is twee. The Hobbit is twee (though The Lord of the Rings is not). Whistling as a musical instrument is twee; therefore whistler/musician Andrew Bird is quite twee. Paul Simon is prototypical singer-songwriter twee; cutesy Japanese pop (Hello Kitty, etc.) has been bedrock twee for years; traveling minstrels are ancient twee; and Oscar Wilde-like affectations are seminally twee (though Wilde himself was too darkly snide to be twee).

Intensity and geniality always matter here. The holidays are theoretically twee; holiday anxiety is not. Likewise, Apple Store employees are twee, while Comcast customer service is not.

What is twee? Twee, as defined by Merriam-Webster, means “affectedly or excessively dainty, delicate, cute or quaint.” On the other hand, twee, as defined by the cultural landscape of 2011, means Zooey Deschanel, our twee high-water mark, our über-cutie pie.

Those supercool bangs of hers are a line in the twee sand – on one side, the cold, hard universe, jaded and eyeball-rolling in the face of excessive cuteness; on the other, Twee-topia. Which, at the moment, is found Tuesday nights on Fox, in the form of “New Girl,” Deschanel’s new hit comedy.

On it, she embodies all that is mannered and precious, and weirdly hard to resist, about this confusing quality called twee. Deschanel plays Jess (a twee name), a woman-girl long out of college but so relentlessly childlike and adorable – or in series parlance, “adorkable” – she’s like a dithering Mary Poppins. It is a performance so cheerful and comfortable with its own sickening sweetness, Deschanel – who also sings in twee indie rock duo She & Him and started a twee Web site named Hello Giggles – has single-handedly caused those who wouldn’t normally wonder to ask themselves: How twee is too twee?

“I have a friend who says ‘twee’ all the time now,” says Whitney Kerr, co-owner of Rotofugi, a designer-toy store and art gallery. “As a matter of fact, last time I heard the word was in a conversation about Zooey. But I like the over-sweetness of (‘New Girl’). Why are people mad about people being nice?”

Because twee culture often revels in sweet naïveté for its own sake. Which can feel soulless and superficial. And also, because twee generally comes wrapped in protective layers of indie cred and thoughtfulness, it can seem vaguely disingenuous, denying you even the mild thrill of a guilty pleasure. (In fact, the anger you feel toward twee things is inversely proportional to the provocativeness of the thing itself.)

On the other hand, twee culture traffics in a cleverness that comes off so earnest, it seems churlish to sneer. I like many of the hallmarks of modern twee – director Wes Anderson, indie rock, cupcakes – because these things often suggest a distinctive and handmade touch. The result rarely feels routine, even when it is. Does everything have to come with a side of agitation? Does being angry mean being good?

On the other hand, quirks often resemble substance in twee culture. Filmmaker-author-performance artist Miranda July’s most recent movie, The Future, was narrated by a cat named Paw Paw. That’s pretty frickin’ twee. Even worse, though, is that the cat thing was kind of charming. See? Twee is confusing.

For the record, by Kerr’s estimate, “a good 60 percent” of what Rotofugi sells is twee-ish. But there is no test for it. You know twee when you see twee. Kiddie beauty pageants are too icky to be twee, though actress Carey Mulligan in a baby-doll dress is twee. These shades of twee, however, are a recent occurrence.

The word “twee” dates back a century and has British origin. It was derived from “sweet,” and no snark was attached. The word rebounded in the 1960s, with the rise of AM bubble-gum pop and big-eyed clown paintings; then it returned in the ’80s, in the form of sincere-minded, melodic U.K. rock like the Smiths and Orange Juice.

“But twee now is almost a value set,” says Lisle Mitnik, guitarist for Very Truly Yours, Chicago’s best-known twee offering to the latest resurgence of twee-inflected rock. “It’s a rejection of societal pressures, a denial of coolness, punk without anger. It can be precious, but a precious moment can also be beautiful.”

Indeed, if there’s a reason for our current twee proliferation, it’s probably here: When every other innocuous TV show and commercial and pop song and animated movie requires the kind of “edge” once associated with a more cantankerous strain of pop culture, what could be more contrarian than a hand-stitched, sunshiney smile delivered without an ounce of detectable irony?

Incidentally, Mitnik and a bandmate recently began a side project: “It’s called Tiny Fireflies,” he says.

The good news is that twee eventually wears off. A decade ago, Gwyneth Paltrow was Zooey-level twee, but in the past few years (despite launching a Web site named GOOP) she somehow shed the pretense associated with her, and with it, the twee fell off too. Probably because pretense and twee are two sides of the same coin. I interviewed Zooey once, years ago. She was chilly and hard to talk to and definitely not yet twee – so unresponsive I never did write a story. In retrospect, she was perfect.