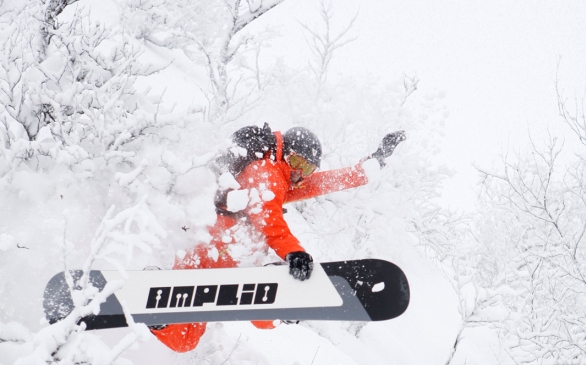 Win a Trip to Norway
Visit Oslo and Visit Norway are giving away a trip for two to attend the World Snowboarding Championships that’ll be taking place in Oslo Feb. 10 through 19. The prize includes round trip economy airfare, four nights hotel in Oslo, tickets to the Championships and entry to the Santos party house. Get your entry in by Dec. 15 at VisitNorway.us/MyNorwayTrip. While you’re there create an “imaginary Norway trip” itinerary and you may win a Dale of Norway sweater.

Airline Food: Ugh!
DietDetective.com has just released the results of their Airline Food Survey where eight airlines were rated based on snack/onboard food service, number of healthy offerings, airline cooperation, fruit and vegetable offerings and improvements since last year’s survey. Air Canada and Virgin Airways came out on top for healthy offerings, and United/Continental was not far behind. US Airways, JetBlue, Delta and American all got so-so ratings while Southwest and Spirit were named the least desirable. The site name-checked some of the best onboard munchies (Air Canada’s vegetarian sandwich, Virgin’s Portobello mushroom wrap), but in the end DietDetective recommended that you bring your own food, stuff like soy chips, dried or freeze-dried fruit and vegetable snacks and peel-and-eat tuna and salmon cups.

Don’t Pick That Bug Bite, Therapik It!
Let’s face it, some of the most desirable vacation spots have pesky mosquitoes (or worse) in residence and nothing ruins a good time faster than having to stop everything and get your scratch on. Therapik to the rescue! Therapik is a drug free, clinically proven way to stop the pain and itching of mosquito bites and bee, wasp and hornet stings. Barely bigger than a nutrition bar, Therapik easily fits in a backpack or pocket, runs on a 9V battery and works by delivering concentrated heat to the affected area in 20-to 30-second bursts. Also works on jellyfish stings. (about $13 at therapik.com)

Barbados: Free Wi-Fi
The Caribbean island of Barbados has long been a leader when it comes to showing people how to have fun in the sun. It’s hard to beat the country’s beautiful beaches, friendly people, and, well, the fact that rum was pretty much invented there doesn’t hurt either. But now Barbados has scooped the whole world by being the first country to offer free Wi-Fi nationwide. So go ahead and take your iPad to the beach, bus stop or rum shop so you can instantly show your friends back home all the fun you’re having.

Close to Paradise
If a trip to Southern Italy is in your future you might consider picking up the new book from Robert I. C. Fisher, Close to Paradise: The Gardens of Naples, Capri & the Amalfi Coast. The 200-page, hardbound coffee table-style book is full of photos of lush green gardens and all that surrounds them: villas and monasteries, ancient statuary, seaside views and much more. This is not a book about gardening though; Fisher thoroughly describes the settings, but then he goes on to expound on what went on in these places where everyone from Goethe to Verdi to Lord Byron to Oscar Wilde hung out. franceslincoln.com

Fly “Cuddle Class” on Air New Zealand
Air New Zealand has introduced what they call “Cuddle Class;” a trio of economy seats that form a Skycouch where passengers can relax and stretch out. The airline is known for liberal use of humor in its advertising and they’ve made a series of amusing Skycouch-promoting videos that feature the conjoined twin “sheep” Mason and Jason and celebrities David Hasselhoff and Playboy bunny twins Karissa and Kristina Shannon. See the videos at YouTube.com/AirNewZealand then hop on a flight from LAX to Auckland or London.

National Parks of Canada
National Geographic has published a new guide to the National Parks of Canada. The book has 42 maps of the parks showing sites, trails and campgrounds along with suggested itineraries and a list of nearby historic sites and lodging facilities. The chapter for each park also includes a “special advisories” section that details things like which parks require good orienteering skills to navigate and what to do if you encounter a bear. Includes more than 200 photos.