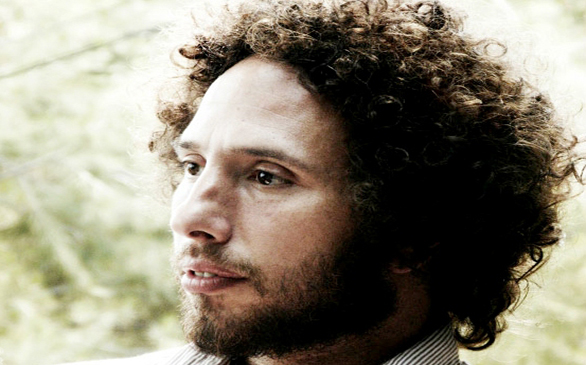 Zack de la Rocha: Poetry for the Occupy Movement
If you know Zack de la Rocha from his role as vocalist and lyricist with Rage Against the Machine and One Day as a Lion you probably also know that he is a committed political and social activist. The Occupy protests taking place around the world lately have inspired the singer to write a poem.
“This poem is dedicated to the Occupy movement whose courage is changing the world,” says de la Rocha. “Stay strong. We are winning.”
Read de la Rocha’s words at OneDayAsALion.org.

Andrea Balestra: Fine Arts Avenue
Italian instrumental guitar wizard Andrea Balestra is now based in Los Angeles, and he has a new album out called Fine Arts Avenue. The album features a stellar cast of guest musicians including Deacon Jones from Santana, Ron Battle from Solomon Burke’s band and rock guitar legend George Lynch, famed for his stints with Dokken and Lynch Mob. Balestra will be showcasing the new album when he plays the Oyster House Saloon in Studio City on Dec. 18.

New Holiday Music
If your copy of Bing Crosby’s “White Christmas” is worn out, well, you should probably buy another copy; the classic by the late crooner has sold more copies than any other Christmas song ever. In the meantime, look for these new releases to brighten your holidays:

Joey + Rory – A Farmhouse Christmas (Sugar Hill/Vanguard) There’s a version of “Away in a Manger” on this first Christmas offering from the young married couple but mostly these are songs you haven’t heard before like “Come Sit on Santa Claus’ Lap” and “Let it Snow (Somewhere Else).” There’s also a nice duet with Merle Haggard on his “If We Make it Through December.”

Gregorian – The Dark Side of the Chant (Nemo) Not specifically a holiday record but Gregorian chants are always appropriate for the worshipful season. Or are they? Here Gregorian uses the vocal technique and a full rock orchestra to interpret songs by Depeche Mode, Madonna, AC/DC, Evanescence and many others. From the mind of Frank Peterson formerly of Enigma (MCMXC A.D.)

Peter, Paul and Mary – The Holiday Concert (Shout! Factory) This one is a DVD; watch and listen as the popular early folk trio run through more than a dozen familiar holiday tunes as well as some famous folk chestnuts like “Puff the Magic Dragon,” “Blowin’ in the Wind” and “This Land is Your Land.” The vintage show also features the New York Choral Society and Orchestra.

Free Sampler Downloads
Merge Records is offering a free download of their 2011-2012 Winter Sampler. Among those contributing are Lambchop, Archers of Loaf, the Rosebuds, Stephin Merritt, Wild Flag and the Mountain Goats. Grab your copy at MergeRecords.com/WinterSampler. If prog and symphonic power metal are to your liking then visit NightmareRecords.com/NMR/Online-Store to pick up a free download of Nightmare’s latest sampler featuring Lance King, Vangough, Halcyon Way, Anubis Gate, Andromeda and others.

Half Notes
Rammstein has a new retrospective album called Made in Germany 1995-2011 due on Dec. 13. A super deluxe version featuring lots of “making of” videos and a 240-page booklet packed in a steel box will be available in limited edition for big fans of the Berliners.

Dinosaur Jr. has reissued their first three albums on cassette. Cassette Trilogy comes in a wooden box; look for it at the merch table when the band plays the Music Box on Dec. 14.