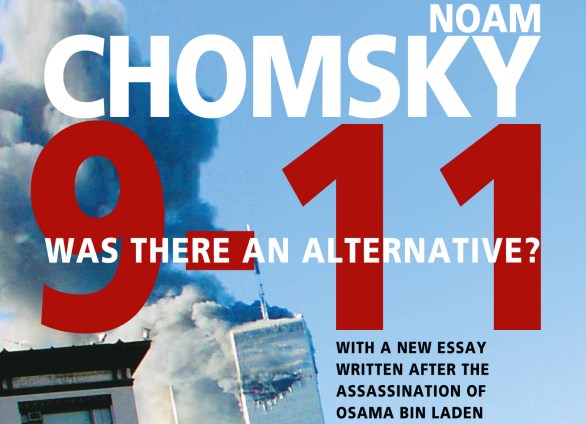 Classics Revisited
Those long winter nights are perfect for delving into some of those must-reads, but who says classics have to be stuffy and difficult?

Gentlemen Prefer Blondes and But Gentlemen Marry Brunettes – While it’s overshadowed by the Marilyn Monroe musical, Anita Loos’ 1925 novel (and sequel) crystallized a new archetype, the gold-digger, with a hilarious faux-diary of a globetrotting blonde and her interactions with such figures as Sigmund Freud. Edith Wharton dubbed it the Great American Novel.

The Master and Margarita – In our contemporary climate of fluff, it’s sometimes easy to forget just how vital and brave a work of storytelling can be. Written during the darkest era of Stalin’s reign and not published until the late ’60s, Mikhail Bulgakov’s fantastic and hilarious satire of Soviet life is an important and above all entertaining reminder of fiction’s power.

The President – Unavailable for 40 years, this stunning work from a master of psychological suspense, Georges Simenon, paints a portrait of a former French Premier living in isolation out in the country. Based on real-life figure Georges Clemenceau, the aging ex-leader is a once powerful man who holds a bitter grudge and a secret that could bring down the government.

Something Happened – With the recent publication of two biographies of Joseph Heller, it’s a perfect time to go back and revisit his work. While he’s still mostly known for his iconic first novel, Catch-22, his long-awaited follow-up is actually his best work, a scathing examination of the American suburban middle class.

The Universal Baseball Association, Inc., J. Henry Waugh, Prop. – With the success of The Art of Fielding, baseball novels are making something of a comeback. But to describe post-modern heavyweight Robert Coover’s 1968 book as merely a baseball novel would be inaccurate. The title character lives in a world of his own creation, a fantasy baseball league with a star rookie who pitches a perfect game. But when the fictional all-star meets his untimely demise, Waugh’s life is thrown into disarray.

Fiction
The Angel Esmeralda: Nine Stories – The first collection of shorter work from one of America’s greatest living writers, Don DeLillo, features nine tales written between 1979 and 2011, which span Manhattan to Greece to outer space, and chronicle the author’s constantly evolving but ever-evocative prose style.

Erasure – If certain best sellers were to be believed, racism was a regrettable phenomenon that was successfully abolished 50 years ago. For those living in the real world, there’s Percival L. Everett’s reissued satire about a black author who writes a novel called My Pafology, which is intended to eviscerate just such dishonest treatments of race but is inadvertently taken seriously and becomes a huge hit.

God Bless America: Stories – Equally heartbreaking and hilarious, Steve Almond’s (Candyfreak) latest collection of short fiction paints a kaleidoscopic portrait of the modern American psyche through intimate examinations of the people living in the margins. From the obsessive pursuit of fame to the effects of perpetual war and the sense that the American Dream is slipping from our grasp, it’s a timely and vital collection.

Habibi – Craig Thompson (Blankets) returns with another epic graphic novel, a gorgeous gilded tome fittingly reflecting the exotic and epic tale within. It’s the story of two refugee slave children as they make their way through an Arab world that is somehow simultaneously contemporary and timeless. It is a beautifully rendered and timely story of finding connection in a culturally divided world.

Long, Last Happy – Because he worked primarily within the short story form, Barry Hannah was destined to be a writer’s writer, despite having a lively and darkly hilarious voice which should have made him a household name. This posthumous release, which culls the best of Hannah’s previous collections as well as four new stories and an uncollected early work, is the perfect introduction to one of America’s great underappreciated artists.

The Marbled Swarm – With pitch-black humor and language that is alive and wholly original, Dennis Cooper channels William S. Burroughs and the Marquis de Sade to fearlessly explore the darkest corners of our psyches with tireless inventiveness. Here is the story of one young cannibal’s conflicted relationship with his late father and the made-up language they shared.

Nanjing Requiem – Set during the 1937 Japanese invasion of Nanjing, Ha Jin’s latest novel is a powerful tale of an American missionary and dean of a women’s college and her brave attempt to help the refugees who flood into the school during the tragic occupation.

Submarine – If you enjoyed the recent big screen adaptation, go back and check out Joe Dunthorne’s hilarious and original take on the outsider teenage coming of age tale. The novel follows Oliver as he attempts to rekindle his parents’ fading marriage and lose his virginity.

There But For The – Ali Smith’s incisive yet playful and wholly original story concerns Miles Garth, who leaves the table mid-meal at a dinner party and locks himself in a room. The party’s other guests gather around to each give their perspective on Miles. With her typical deft touch, Smith questions what it’s possible for us to really know about other people.

The Visible Man – Known primarily for his hilarious dissections of pop culture, Chuck Klosterman has in recent years made the foray into fiction. His latest is written from the perspective of a therapist whose newest patient claims to possess a cloaking device that allows him to spy on people. The man’s increasingly disturbing tales offer a thought-provoking critique of our ever more public lives.

Just for Laughs
I Am Better Than Your Kids – If you were one of the multitude busting a gut to a viral e-mail some years back in which the author excoriated children’s artwork, then you’ll rejoice to know that Maddox, the culprit behind those critiques, has collected them, along with hundreds of pages of new creative efforts, from Valentine’s cards to homemade presents, as well as offering up some of his own childhood drawings.

Non-Fiction
9-11: Was There an Alternative? – With this past September marking the 10th anniversary of the attack on the Twin Towers, and the War on Terror still dragging on, it’s amazing how muddy many of the issues still are behind how we got here. Who better to put things in perspective than Noam Chomsky, whose analysis of history, nations and power is unparalleled? This revised edition includes a new essay by Chomsky written following the killing of Osama bin Laden.

Deadly Monopolies: The Shocking Corporate Takeover of Life Itself – And the Consequences for Your Health and Our Medical Future – As corporations look for ever-expanding frontiers to conquer, a new market has opened up: our DNA. Harriet A. Washington documents the pharmaceutical companies’ attempts to monopolize life itself.

The Ecstasy of Influence – With this hefty non-fiction collection Jonathan Lethem draws on an eclectic set of influences to engage with contemporary culture as he has in novels like Chronic City. In reprinted essays as well as new pieces, Lethem tackles everything from 9/11 to Bob Dylan and, of course, Brooklyn, to examine the nebulous role of the artist in the modern world.

The Hidden Reality: Parallel Universes and the Deep Laws of the Cosmos – Fans of TV’s “Fringe” should grab a copy of physicist turned TV host Brian Greene’s latest, a mind-bending exploration of theoretical physics’ most far out theories, from multiverses to doppelgängers.

How the World Works collects four previous Noam Chomsky releases, originally published in the ’90s but remaining entirely relevant: What Uncle Sam Really Wants; The Prosperous Few and the Restless Many; Secrets, Lies and Democracy; and The Common Good. These works are unique in the approach, editing together Chomsky’s speeches and interviews on various topics into accessible, conversational yet profoundly insightful and illuminating essays.

The Master Switch: The Rise and Fall of Information Empires – Tim Wu’s newest is an important and timely look at communications and big business, a chronicle of how every new medium that has promised to be a vehicle of democratic good has come under corporate control. Is the Internet next?

Poser: My Life in Twenty-three Yoga Poses – Newly paperbacked (Jan. 3, 2012), Claire Dederer’s memoir smartly capitalizes on an exercise trend that seems to have incorporated itself into American culture as seamlessly as pizza, sushi and lattes. It will entertain die-hard practicers, as well as those who are still non-believers. —Angela Matano

Throw Them All Out – Washington is never short on scandals, and the latest is a doozy. Peter Schweizer offers a non-partisan account of how our elected officials parlay the highest offices into huge profits, the political equivalent of insider trading.

Vultures’ Picnic: In Pursuit of Petroleum Pigs, Power Pirates and Hight-Finance Carnivores – Written like a non-fiction espionage thriller, investigative journalist Greg Palast’s latest is a globetrotting exposé on Big Oil, Big Energy, Big Finance and all the other parasites sucking the world dry while governments look the other way – or worse, help. It’s the perfect read for downtime in your Occupy tent.