Annual Worst-Of Lists: Why kick something when it’s down? 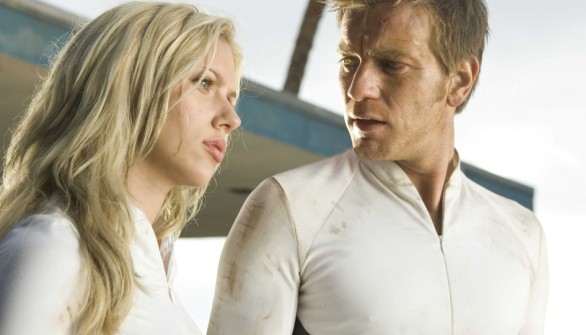 Was The Island really one of the worst movies of 2005?

’Tis the season for the all of the year-end Best-Of lists. All of the critics groups are weighing in with all of their choices for Best Movie, Best Actor and Actress, etc. in the lead-up to the biggest awards show of them all, the Oscars.

Not only are we hearing about the “best” movies of the year, there are lists ranging from the best songs and TV shows of the year to the best fashion choices of the year to the best sports moments of the year. And this is all well and good; people need a sense of hierarchy in their lives, or else we get anarchy. From the White House to high school, there’s a need to know who’s on top to preserve the natural order of things. Granted, voting on what’s best is very subjective – and many times a popularity contest, but hopefully whoever wins out has actually earned those accolades in some way.

In high school, there are homecoming queens, student body presidents and those voted most likely to succeed. While there are usually different criteria at work, they all basically boil down to being popularity contests. However, I’m not here to bash on popularity contests, no matter what title or award the winner earns. What I am here to bash on are the unpopularity contests. To use the high school analogy again, we don’t vote on the least popular girl in the class, the worst leader of the class or the person least likely to succeed. Except for the Mean Girls or Heathers out there, most of us don’t like to kick people while they’re down.

Then why do critics do it?

I’m talking about the year-end Worst-Of lists that always accompany those Best-Of lists. We see the lists of the worst movies, songs, TV shows, etc. of the year. But what’s the point? Again, why kick something when it’s down. And besides, we are talking about something that’s highly subjective. Sure there are those movies that have stood the test of time and are the gold standard for filmmakers to follow – Casablanca, The Godfather, Citizen Kane, The Maltese Falcon. I’m just saying that we should celebrate “good” movies instead of hating on the “bad” ones.

No matter how bad a movie is perceived to be, someone – and most likely many people – put their heart and soul into that project. It’s not like a big group of people got together and said, “Let’s make a big, steaming pile of manure for millions of dollars.” Even if I was just a production assistant or the craft services person, I don’t want to be reading about how the project that I worked on for hundreds of hours is a big piece of crap. Imagine what it must be like for the director or star of a movie to hear that all that work you did smells like methane.

With awards season in full swing, one word you will hear a lot is momentum - what movie or star has the momentum right now to win the big awards. The same idea in reverse works for the “bad” movies. It’s easy to get caught up in the backlash, just like in the days of the Salem witch trials or McCarthyism. Granted, I’m not comparing a movie being critically panned to an innocent person burning at the stake, but you get the idea. Hysteria is contagious.

I remember when Gigli came out and everyone was saying how it was one of the worst movies ever. I never actually saw Gigli, but I wonder how much of that came out of the Bennifer media over-saturation at the time.

I also remember when Michael Bay’s The Island came out. It too was universally panned, and I do remember it making some year-end Worst-Of lists as well. I was curious, so I watched and guess what, I liked it. To paraphrase Sally Field, I really, really liked it. I didn’t understand the uproar. I’d bet that many people didn’t really think it was one of the worst movies of the year – they were just jumping on the anti-Michael Bay bandwagon.

That being said, I vote that in this supposed season of giving, let’s just focus on what was "good" this year.