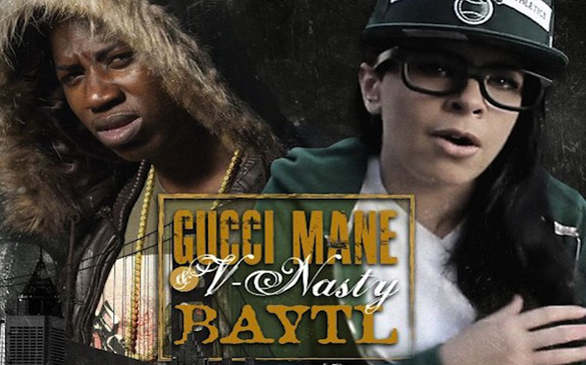 Gucci Mane and V-Nasty’s new effort is the whole enchilada. The album’s first single is “Whip Appeal,” featuring P2theLA. You can bump this track in your car and are sure to look good while driving.

“Many people are going to be surprised by Baytl,” Gucci Mane confesses. “This, by far, is my most controversial mixtape to date.”

Gucci Mane has released three studio albums, including Back to the Trap House (2007), The State vs. Radric Davis (2009) and The Appeal: Georgia’s Most Wanted (2010). But this street album is better than any of those.

V-Nasty also provides input on the record: “I’ve been a fan of Gucci since Trap House. We had the opportunity to connect through mutual friends, and when offered the opportunity, I didn’t have to think twice. This album is all about having good, old-fashioned, hoodrat fun with friends.”

One of the chill tracks is called “Let’s Get Faded,” a four-minute song with crazy lyrics and a very likeable uptempo beat from beginning to end. “Baby, let’s get faded,” it says.

It all sounds very cool. Whether an avid fan of rap or not, Baytl is enjoyable.