Randy Wayne: Dancing to the Beat of His Own Drum 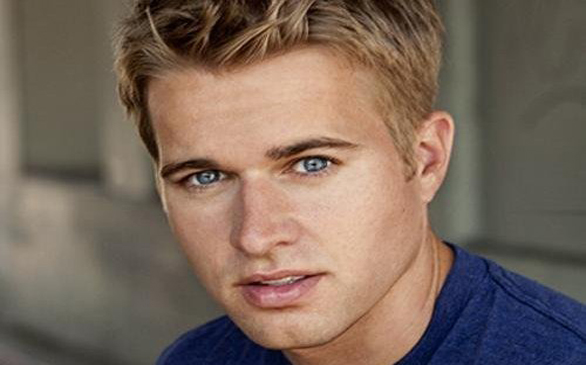 Randy Wayne picks up after the fourth ring. Throughout the weekend we had been playing unintentional phone tag due to conflicting schedules. His voice seems low, even over the phone. He tells me that he’s recovering from a cold, and he’s not his usual self. I completely understand. His explanation seems to the break the ice, and now we’re both ready to get down to business.

To anyone who’s a fan of ABC Family, Wayne is a very familiar face. He’s had a recurring role in “The Secret Life of the American Teenager” and is now on “The Lying Game.” A closer look at Wayne suggests that he’s a versatile actor.

Originally from Oklahoma, Wayne’s mother suggested that he give acting a shot, but it wasn’t until his first year of college at Campbellsville University, on a cross country and swimming scholarship, that he began to look into acting.

As an actor who has done Web series and a reality TV show, I thought to ask Wayne about both. When it comes to Web series, Wayne is a big fan.

“With a Web series … one can be more creative because there’s no studio or network worried about advertisers.”

He practically lists the benefits of web series: “They cater to youth because the attention span has gone down. It’s around five minutes per show, easy and accessible.”

When it comes to reality television, Wayne is more on the fence. “Reality TV is addicting … people love to see train wrecks [laughing]. We’re a tabloid society where shows like ‘Jersey Shore’ become a hit. If people want to watch that, fine.”

But Wayne explains that there are some good reality shows that focus on helping people rather than exploiting them.

“I only watch one reality TV show, and that’s the ‘Biggest Loser’ … on that show, people transform their lives for the better. If I had my wish, all reality shows would be positive.”

Wayne talks about “Talent,” a Web series from the people behind “Pretty Little Liars,” which is a scripted show. I bring up the British reality show, “Shipwrecked,” and he explains: “I wasn’t an actor at that point in my life, but I sent in an audition tape and ended up doing the fourth season of the show.”

Supposedly the idea for the hit reality show “Survivor” came from “Shipwrecked.”

Wayne just finished shooting Honey 2. I ask him what it was like to work with Kat Graham from the “Vampire Diaries.”

He describes the audition and mentions that when Graham walked in he was amazed.

“She has a great presence. She’s busy, has a lot going on and she’ll be around for a long time.”

I had to ask Wayne about his time on HBO’s “True Blood.”

“I was only on two episodes, but I was in a scene with Deborah Ann Woll, Anna Paquin and Jim Parrack. Deborah Ann Woll is one of the nicest actresses I’ve ever worked with so far.”

He describes the table read where the entire cast was there: “It was great to see the actors of ‘True Blood’ do their thing, how well they get along and how much fun they have.”

What’s next for Wayne?

“Other than acting, I also keep pretty busy with producing. I’ve produced eight films in the last few years, with one in post [production] and another in development.”

He also mentions the people in the biz he looks up to and wants to work with: Paul Giamatti and the Coen brothers. He also just finished working on “Hot in Cleveland.”

“Getting to work with Betty White was amazing because she’s a legend and so funny.”

For now it looks as if the future is bright because he’s following his own advice: “Patience, passion and persistence …I move forward because of this.”

Wayne also moves forward because of his hard work and humbleness. The future not only looks bright for this actor but positively limitless.