Take in Some Art 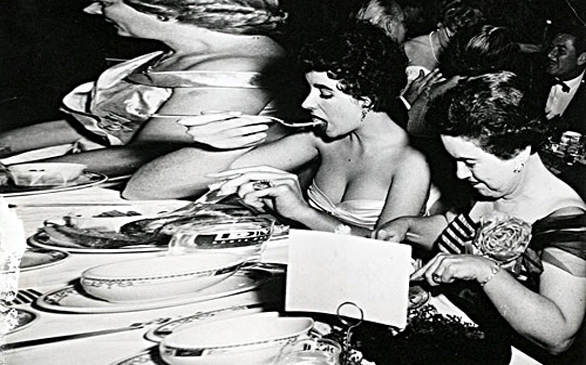 Art Deco Walking Tour
Every Saturday @ Pershing Square, 532 S. Olive St., Downtown; laconservancy.org
The next best thing to having Joseph Gordon-Levitt take you through Downtown’s architectural gems is to have a just-as-helpful guide open your eyes to the Art Deco structures of Los Angeles. Forget that you may get some patronizing looks from tourist-snobs (really, who cares?) and dress comfortably for the mile-and-a-half walk. Meeting point: center of Pershing Square. 10 a.m. $10.

Downtown Art Walk
Jan. 12 @ 411 S. Main St., Downtown; downtownartwalk.org
Every second Thursday of the month, Spring and Main streets (between 2nd and 9th) transform into one huge block party where you can feast your eyes, ears and appetite with Los Angeles’ ever-thriving local culture. Fun can be had in and around the galleries in the area as those oh-so-trendy food trucks provide you sustenance for the art and music-filled night. Free.

Glenn Ligon: AMERICA
Now-Jan. 22 @ LACMA, 5905 Wilshire Blvd., Los Angeles; lacma.org
Glenn Ligon is a widely known conceptual artist from Bronx, NY whose works explore race, sexuality, representation and language. More recently, his 1992 Black Like Me No. 2 was installed in President Barack Obama’s private living quarters. This exhibit will include unknown early material and reconstruction of some of his works. $15/$10 (w/student ID).

Under the Big Black Sun: California Art 1974-1981
Now-Feb. 13 @ The Geffen Contemporary, 152 N Central Ave., Downtown; moca.org
The exhibit, borrowing its title from the 1982 album by the Los Angeles punk band X, is a celebration of California as “a turbulent, often anarchic center for artistic freedom and experimentation during the 1970s.” The bright and sunny disposition of 1960’s hippies stoned inebriated with the promise of California dreaming was suddenly daunted by the tumultuous post-Watergate, post-Vietnam years. Expect some dark and deeply affecting pieces from the artists of the era. $10/$5 (w/student ID).

George Harrison: Living in the Material World
Now-March 25 @ The Grammy Museum, 800 W. Olympic Blvd., Downtown; grammymuseum.org.
If George Harrison is your favorite Beatle, then the Grammy Museum is sure out to please you. They put together a collection of artifacts, rare photographs and footage, and items from the Harrison Estate including handwritten song lyrics, stage costumes, instruments, personal sketchbooks, notebooks and journals, and if you’re so inclined, even his original passport on display for your personal enjoyment. $12.95/$11.95 (w/student ID).