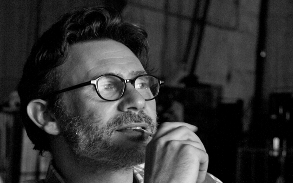 It’s the most unlikely awards contender of the movie year: The Artist, a loving tribute to Hollywood’s silent-film era, is black-and-white, free of dialogue (almost), and written and directed by a Frenchman previously best known for a colorful 1950s-era spy spoof.

The Artist arrives in theaters Friday; its creator, Michel Hazanavicius, came to town a few weeks earlier to talk about the film, which has been charming audiences at major film festivals since its debut in Cannes last spring.

“I loved the format,” he said, in near-flawless English, of silent movies. “The audience really participates in the storytelling process. That makes something very special in the way you (as an audience member) stick with the story - you do half the job, you create the voices, you create the dialogue, and you do it with your own words, your own reference. That makes the movie closer to you.”

Hazanavicius said he’d wanted for some time to make a silent movie - “it’s really a fantasy for a lot of directors” - but needed to wait for the right moment. That moment came after OSS 117: Cairo, Nest of Spies and its 2009 follow-up, OSS 117: Lost in Rio, both big hits in France. “I was in the position of thinking that if I did not do it now, I would never do it,” he said.

Immersing himself in silent movies, Hazanavicius came up with a story, set in the waning days of Hollywood’s silent era: A famous actor (Jean Dujardin) watches his career fade with the arrival of talkies, as a young ingenue (Berenice Bejo) becomes a starlet. He wrote the roles specifically for Dujardin and Bejo (who both starred in Nest of Spies), but knew that the movie he was envisioning was particularly American. “I thought, with a story about Hollywood, people will connect with that story all over the world because Hollywood is much more than America. Hollywood belongs to the entire world. It’s like the Eiffel Tower.”

American actors were added to the cast - John Goodman, James Cromwell, Penelope Ann Miller - and the roster was completed by an American dog: Uggie, a Jack Russell terrier recently seen in the film Water for Elephants. (“I know he steals the movie,” says Hazanavicius, smiling.) Though Hazanavicius shot the film in a slightly higher speed than is typical (22 frames per second, to give the actors “a little bit of acceleration, to give the flavor of the ‘20s”), he did not ask his cast to imitate a ‘20s acting style.

Since completing the film, Hazanavicius has watched it with many audiences - and notes a difference between the way American and European audiences experience it. Audiences laugh louder in the United States, “so there’s an energy in the theater that we don’t have in Europe,” he said. “I think here, it’s not just about being funny. When (American audiences) have pleasure, they laugh, they express that joy.”

And while audiences around the world have told Hazanavicius how much they’ve enjoyed The Artist, he’s particularly pleased by the response in the United States. “It’s an American story, about American history ... an homage to Hollywood,” he said. “Here I think people are touched by it, more than anywhere else.”

The Artist is in select theaters now.