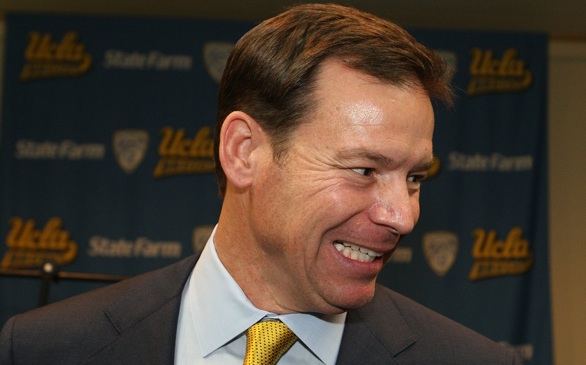 Freshman tight end Raymond Nelson has been dismissed from the football team at UCLA for violating team rules. Nelson was involved in an incident when the Bruins took part in the Kraft Fight Hunfer Bowl agains Illinois on Dec. 31. He played in eight games, but had no receptions during the season. New head coach Jim Mora decided to make dismissal after reviewing the information given to him.