Does ‘Devil Inside’ Suggest a New Studio-Filmmaker Relationship? 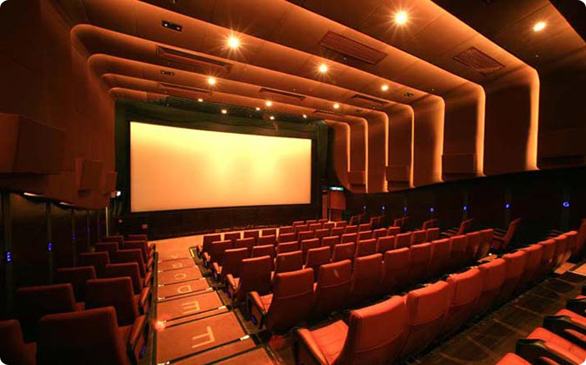 LOS ANGELES - Say what you will about The Devil Inside - and judging by its “F” CinemaScore, plenty of people did - but however harsh the words, the movie is an unusual phenomenon. Hidden beneath the box-office puns and the industry euphemisms is something rare: an out-of-nowhere, did-that-really-just-happen, Tim Tebow-style success.

Films can quietly build word of mouth, especially in the genre community. But not like this. “Devil,” an exorcism tale that an obscure filmmaker named William Brent Bell made on a shoestring before a pair of Hollywood producers helped him sell it to Paramount, featured no stars. Nor did it boast any festival-enabled grass-roots support a la Saw or Paranormal Activity And critics? Forget about them. They gave the film - which uses the shopworn Blair Witch-like found-footage conceit to tell of a woman who travels to Italy to explore the mystery of her murderous and possessed mother - a 7 percent Fresh rating on Rotten Tomatoes.

Yet the film attracted a constituent base that would make any Republican nominee envious. So robust was its audience, in fact, that “Devil” not only won the weekend with an eye-popping $34.5 million - it became the third-biggest January opening in history. That would have been an astonishing feat even if the movie hadn’t been so vehemently disliked; as it was, the numbers were even more impressive. (By comparison, the 2009 Cameron Diaz thriller The Box, the last wide release to be given the scarlet “F” by CinemaScore respondents, opened only to $7.5 million.)

The “Devil” base was not only strong, it was hidden - so much so that pre-release projections underestimated the total audience by as much as half.

Pundits have understandably been struggling to make sense of it all. No matter what explanation one settles on, it’s clear that the marketing team at Paramount, which retailed the movie from its low-budget Insurge division, pulled off some nifty tricks.

A haunting image of a nun whose eyes lacked pupils was pretty much unavoidable to anyone who stepped outside in recent weeks. So was an enticingly simple, if dubious, message that this was one of the scariest movies you’ll ever see.

And the Twitter volume coming into the weekend was both a reason for and a symptom of pre-release interest. (Paramount deployed social media in a number of ways, including with a clever “Tweet Your Scream” promotion that it also used for Paranormal Activity 3”)

But in pulling off its box-office coup, the team behind “Devil” did something else besides just persuade a lot of people to see a derivative movie: They departed from the typical micro-budget success story. Those successes, after all, usually involve a strong or novel film - as the trope these days goes, anyone with a camera, editing software and a story to tell can make a good movie. The question is whether they can find an audience.

But The Devil Inside did things backward. The people with a camera and editing software made a movie that wasn’t very good, judging by both populist and critical responses. Yet the movie found a huge audience.

There’s an interesting, even daring, model tucked away in all this. For decades, studios have sought to discover filmmakers in unlikely places - shorts, low-budget features - and then make them part of the system. They pluck these people from their marginal work and put them to work on mainstream movies already in their pipeline.

“Devil” suggests something different and a lot more decentralized, in which a studio simply acquires the low-budget movie and goes to work marketing it. The filmmaker feels like he or she won the lottery. And the studio pulls in cash while taking very little risk, instead just inexpensively tapping in to the thousands of film-school grads who want access to that distribution system.

Of course, some of this has been attempted before, particularly at Paramount, which turned the first Paranormal Activity into a major hit in a similar way. But “Devil” offers a new twist. “Paranormal” showed that a studio could find a gem of a movie, acquire it, and bring people in to see it. “Devil” shows a studio can get people to see a movie even when they really don’t want to.