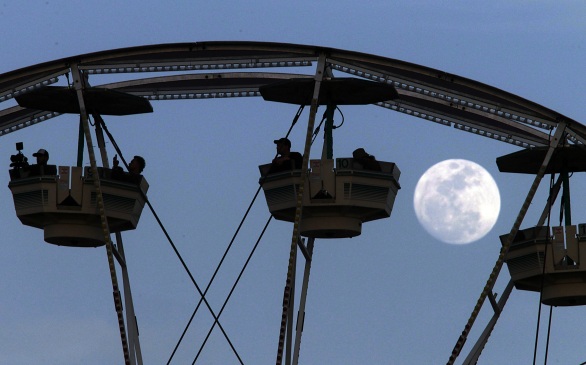 Earlier this month the web was abuzz with theories of who would be headlining this years Coachella Festival. From Twitter to Facebook, various names were thrown about in almost certainty. Twitter famous folks would tweet that they had the scoop from industry friends that various bands were locked.  One of the most notable names thrown about was No Doubt, who are scheduled to release a new album this year after a hiatus but were not on the officially released headlining list .

This year’s festivities will offer two weekends of performances. (April13-15 & April 20-22) For the first time ever, organizers are having the same line-up perform for two consecutive three-day weekends. Headlining are: The Black Keys, Radiohead, and Dr.Dre with Snoop Dogg.

Black Sabbath had to pull out of the festival after band member Tony Lommi was diagnosed with cancer.  Their appearance at this year’s Coachella was set to be the reunion of the heavy metal greats. It is speculated that the Black Keys might have been the band to take Sabbath’s place.

Other notable performers in the eclectic mix include: Swedish House Mafia, Artic Monkeys, Afrojack, David Guetta, Explosions in the Sky, Kaskade, Feist, Florence & the Machine, AVICII and the Hives.

Coachella 2012 has the music community gearing up for this much anticipated series of shows. People are pulling out all the stops to get passes before they sell out. Tickets went on sale Friday, January 13 with festival passes starting at $285, along with various options to accommodate campers for the weekend. The festival offers a shuttle service, car camping, on-site bring your own tent camping as well as two options of pre-set tenting accommodations. A list of off-site camping grounds and hotels catering to the event can also be found on Coachella’s official website.

Sustainable Tip: Carpoolchella is a program Coachella started with Global Inheritance to encourage carpooling by randomly selecting vehicles with four or more people that display a visible sign (8x10 or bigger) with the words “CARPOOLCHELLA” and rewarding their contribution to reducing carbon footprints with prizes including the possibility of winning VIP tickets/passes for life starting in 2013.

For more info about the festival check out coachella.com

And also check out globalinheritance.org