Bradley Wik and the Charlatans: Burn What You Can, Bury the Rest… 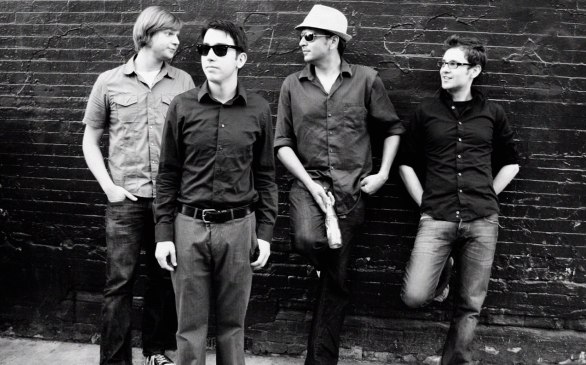 Bradley Wik (like Ryan Adams and once upon a time Paul Westerberg) finds comfort and familiarity with the working-class Americana and rock typified by Bob Seger, Springsteen, Tom Petty and John (Cougar) Mellencamp.

Wik was born and raised where Chevy’s still rule and anthemic rock fills jukeboxes and ear buds. It is obvious Wik shares the introspective and world-weary sentiments of the aforementioned influences on Burn What You Can, Bury the Rest… , the self-released debut from Wik and his backing band, the Charlatans. His gravelly, raw and countrified voice works well on slowly-searing character sketches like “This Old House” and the slice-of-life, Mellencamp-esque “Midwest Winters,” as well as mid-tempo heartland rockers such as “Friday Night Is for the Drinkers.”

Wik saves the best for last on epic closer “Just like Jon Fickes,” about a woman searching for someone else’s song to sing: the track is a showcase for Wik’s storytelling and narrative talents (which evoke Dylan circa 1979) as well as the Charlatans’ Soul Asylum-like prowess.

Burn What You Can, Bury the Rest... is now available.