My Most Anticipated Movies of 2012 (Part 1): Come at me Hollywood. If the world ends this year, I better see some good movies before I die. 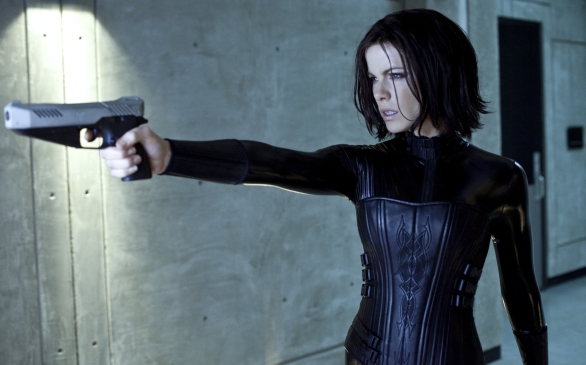 JANUARY
The Iron Lady (Jan. 13)
Two words: Meryl Streep. She is the main reason I will inevitably end up seeing this movie. There is definitely appeal there for Margaret Thatcher’s journey as a woman having to climb to the top in a man’s world. However, I’ve seen a good amount of great films about European political figures in the past few years, notably The Kings Speech and Young Victoria so I’m ready to see something different.

Beauty and the Beast 3D (Jan. 13)
Apparently Disney is going the Lucas route (more on that later), and re-releasing their films in 3D. I’m not the biggest fan of after-release conversion to make more money, but I’m a huge Disney Fangirl. Last year their re-release of the Lion King was a major success, and their bet on Beauty and the Beast should prove to be another good investment. Being one of their most successful films, as far as the Disney Princess franchise goes, Beauty and the beast appeals to the women who grew up on the tale and introduces it to a new generation on the big screen. I was a toddler when what proved to be my favorite Disney Princess movie came out so I am beyond excited to see this and sing along with everyone else who knows every line by heart.

Underworld: Awakening (Jan. 20)
I hear that collective groan. Yes, vampires have been turned into a neutered genre by that teen franchise that will not be named and have left a good amount of audience sick of the word. Growing up, I have always loved vampires with FANGS. You know, the classic monsters that they are meant to be. From Buffy to Blade, vampire films and shows always maintained a balance between violence and thematic ideas. The Underworld franchise has deep roots in action and supernatural lore that sets it apart from what has been churned out. It’s worth giving a watch if you’ve been a fan of the films or of Kate Beckinsale in that leather jumpsuit and corset.

Corolianus (Jan. 20)
Shakespeare thrives still because so many of his plays have universal themes that resonate to this day. Ralph Fiennes’ adaptation of Corolianus, starring Gerard Butler, is relevant to today’s social and political environment. At the core of the story is the battle of contrasts between the high society and the proletariats as well as liberals and the conservatives. The amazing thing about Shakespeare is that you can use any background or time period as the setting, and it will work. So I’m very much looking forward to seeing this spin on the Bard’s work.

FEBRUARY
The Woman in Black (Feb. 3)
Daniel Radcliffe’s first cinematic move after Harry Potter is the tale of a vengeful ghost that terrorizes a village. I’m really excited to see Radcliffe in a thriller, and from the looks of the trailer, the cinematography sets a visually stunning, spooky tone. Hopefully he doesn’t suffer from the Sarah Michelle Gellar effect, who after Buffy starred in The Grudge as a woman haunted by a ghost that I kept wanting her to go all Buffy on. There may be moments where I will shout at Daniel to pull out a wand and Avada Kedavra the woman in black or set her up on a date with Nearly-headless Nick. She might just be lonely.

The Innkeepers (Feb. 3)
I hear a lot of great things about Sara Paxton’s performance in this film about a hotel whose old guests return for a stay. From big names to my horror fanboy friends, Paxton is getting a lot of praise for a film I know little about. I am intrigued.

Star Wars: Episode 1-The Phantom Menace (Feb. 10)
Forgot to mention it's in 3D, and it’s not really something I’m anticipating. Just needed to mention how ridiculous this all is. Re-releasing all six from episode one? Geez! Yes, I am a disgruntled Star Wars Fangirl who hates all the CG changes and doesn’t love the prequels. But as much as I will complain about this till it comes out, just like the blu-rays, I will probably end up seeing it. To quote Ackbar, “It’s a trap!”

MARCH
The Hunger Games (Mar. 23)
I had been hesitant to get into these books because they seemed like a young adult, watered down version of Battle Royale. Like what Twilight did to vampires, I didn’t like the idea of a love story using a dystopia as mere background to the point where the focus on the leads would detract from thematic intent.  Dystopian tales have balanced finely for generations. You read 1984, see The Matrix - there are love stories in them, but you also get so much more out of those masterpieces. I had heard about the Hunger Game book before it was adapted, but it was all about Katniss and the two guys she liked.  It took some of my guy friends to convince me to give it a chance and claimed the concept would really appeal to me. Currently reading the book and plan to see the movie.

Pirates! Band of Misfits (Mar. 20)
From the creators of Wallace and Gromit. Stop. Just stop there! I’m sold. I will be there opening day. If you don’t know what Wallace and Gromit is, go and Netflix it right now!  Just go!

APRIL
Titanic 3D Re-release (Apr. 6)
Cameron can pull off visually stunning for sure with this favorite and his brand of re-release 3D conversion…I hope.

Cabin in the Woods (Apr. 13)
Joss Whedon is the man this year. (Avengers and an indie adaptation of Shakespeare’s Much Ado About Nothing? Please and thank you, universe!) Little is known about this film other than it’s “cabin in the woods” horror-fare born out of a collaboration between Whedon and his best writer from the Buffy and Angel era.

MAY
The Avengers (May 4)
This Marvel super hero ensemble piece is one of the most anticipated films of the year. Whedon at the helm of it has added more excitement. It will be interesting to see the dynamic between the heroes. For me, particularly between Captain America and Iron Man. I’m curious to find out what happened to Peggy Carter and whether Mark Ruffalo will be able to pull The Hulk off. A lot is riding on this movie since it’s the first to not focus on just one hero. With any luck, it will be a huge success and Whedon can buy back the rights to Buffy before the remake happens.

Dark Shadows (May 11)
Burton goes back to his element. While others are weary due to his re-imaginings of Alice in Wonderland and Charlie and the Chocolate Factory, they forget his excellent adaptation of Sweeney Todd. I have faith that with a script penned by Seth Grahame-Smith and a great ensemble including Michelle Pfeiffer and Chloe-Grace Moretz, Dark Shadows will be a return to the Burton-esque world we love. And it is also Johnny Depp’s first vampire role.  He more than any other actor was made for a part like Collins.

Stay tuned for part 1 ½ (the summer blockbuster edition) of my most anticipated movies list!