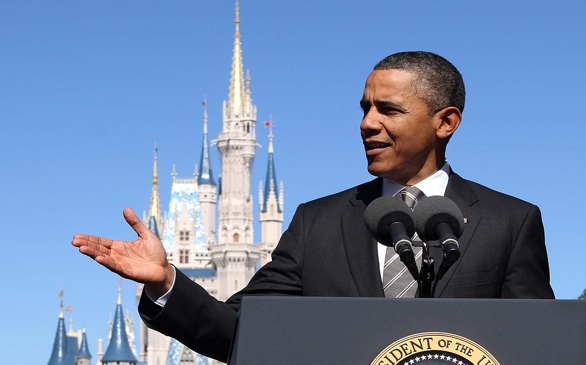 For weeks, President Barack Obama and his top advisers have been meeting around the gleaming table in the Roosevelt Room, debating what to include in the State of the Union address that will double as the national opening of the president's re-election year.

Now, as they polish the final drafts, a key question remains: how rough to be in attacking what Obama calls a "do-nothing Congress" _ the members of which will be arrayed in front of him as he speaks Tuesday night.

Obama has experimented with different approaches over the last year. At the height of the summer debt talks, he took a collaborative approach and tried to strike a grand bargain with House Speaker John A. Boehner, R-Ohio. That effort fell apart, and Obama was viewed as being on the losing end in the agreement that emerged.

The president followed with a jobs package that was largely ignored by Congress but was better received by the public. Obama spent much of the fall taking shots at lawmakers, complaining frequently to crowds that Congress was more interested in politics than what's best for the country.
Polls showed two results: Some of the president's populist ideas were popular with taxpayers, and Congress was not.

The challenge now for Obama is how to call out Congress for not passing any of his major proposals to boost job growth while still appearing open to compromise. Administration officials do not want to foreclose the possibility that, even in an election year, Republican lawmakers will be willing to work with them on some economic policies.

At the White House, political guru David Plouffe and like-minded colleagues think the chances of getting some Republican cooperation before November's election are small, but not too small to pursue. The administration spin on that line is part of the message _ that Obama is ready to cooperate if only Republicans will work with him.

Plouffe points to 1996 and the work that Democratic President Bill Clinton did with House Speaker Newt Gingrich and the Republican-led Congress. Clinton and Gingrich negotiated a reform of the welfare system, a precursor to Clinton's re-election that year.

One Obama adviser speculated that some Republicans in the audience may be looking at their own campaigns and feeling a little more open-minded than they did last year.

"You've got to think it would cross their minds, that they need to deliver something on the economy before the end of the year," said the official, who spoke on condition of anonymity to discuss private strategy.
After months of listening to Obama bash Congress from podiums all over the country, Republicans are more than a little skeptical of the president's commitment to collaboration.

"I'd like to hear the president say he's willing to work with us, work with Republicans and Democrats, on some of these issues," said Rep. Cathy McMorris Rodgers of Washington state, a member of the House GOP leadership team. "It's been quite disappointing that he talks about it, but actually being in D.C., working ... we haven't seen that."

Other Republican leaders have signaled they're still ready for a fight. Delivering the weekly GOP address Saturday, Rep. Jeb Hensarling of Texas said Obama's policies had worsened the economy. He pointed in particular to the president's decision a few days ago to reject _ at least for now _ a permit for the Keystone XL oil pipeline. Republicans hope the pipeline decision will be a sensitive spot for Obama, who is caught between environmentalists' concerns about the project and the thousands of jobs it would create.

Yet Republicans must be careful, many Democrats believe. The GOP has a lot to lose by refusing to work with Obama on anything, says Los Angeles Mayor Antonio Villaraigosa, who is president of the U.S. Conference of Mayors.

"There's a big risk for Republicans if they refuse to do things to create the jobs that America needs right now," Villaraigosa said after a meeting with Obama in Washington last week. "You see it already in their approval rating. People are just fed up and they're not going to put up with that."

The policies Obama will propose in his speech have been decided over the last few weeks in the Roosevelt Room sessions, where top staff members wrestled with how to take the ideals the president has laid out and "operationalize" them, in the words of one adviser.

Not all of the proposals will be new, and they will follow the themes Obama laid out in two earlier speeches. In early December, in a Kansas town where President Theodore Roosevelt once spoke of the need for economic fairness, Obama railed against the growing income inequality in the U.S. and called for the prosperous to pay their "fair share."

(Lisa Mascaro of the Washington bureau contributed to this report from Baltimore.)

US News
Prolonged social distancing would curb virus, but at a high cost
699 views

US News
California gunman was ex-Marine who might have suffered from PTSD, sheriff says
1,022 views