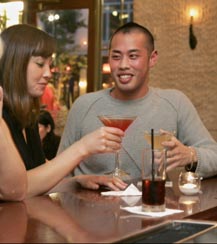 They find solace in $325 Christian Dior sunglasses, a shot of confidence in a $600 Louis Vuitton handbag. Never mind that they still live with their parents and earn a modest salary in service jobs.

For these working-class young adults, luxury is not just for the rich. Just ask Danielle Garcia, a receptionist at Kaiser Permanente who is in the midst of planning her lavish 24th birthday bash for 75 friends at the trendy Vault nightclub in downtown San Jose, Calif.

She and her pals don’t know it, but they’re part of a new niche that marketers say is growing: the gold-collar generation, blue-collar’s glitzy counterpart.

"I’m really in awe of name-brand things," said Garcia, who moved back in with her parents to pay off mounting credit-card debt. "I want to feel glamorous."

The appetite for designer labels and anything associated with celebrity has helped push luxury sales in the United States to $525 billion last year, up from $450 billion in 2003. By 2010, Americans are expected to spend $1 trillion on luxury goods, according to Michael Silverstein, co-author of Trading Up: Why Consumers Want New Luxury Goods.

The gold-collar contingent, ages 18 to 25, is doing its part by downing $12 Kettle One vodka martinis and sporting the sleekest rims on their Lincoln Navigators. To sustain a lifestyle inspired by rap videos and pop culture magazines such as Us, they spend a disproportionate amount of their disposable income on expensive brand-name products and services.

For many, any interest in college and pursuing a career beyond retail or service industry is deferred, even abandoned, in order to maintain champagne tastes on a beer budget. Lacking an identity, they attempt to create their own through expensive clothing and accessories, said Ian Pierpoint, a senior vice president at the Chicago research firm Synovate.

"This is the best-dressed, least-able, least-equipped generation ever," Pierpoint said. "If you’re 24 or 25 and you’re still at home, you’re not doing a lot of things, like paying your own utilities. They are in some ways very experienced, but they are more coddled than other generations."

There were about 20 million young people who could be categorized as working-class in 2003, according to the U.S. Census Bureau. That’s more than half of the 18-to-25 population. In a phone survey of blue-collar adults within that age range, Synovate found that more than a third are what they have dubbed "gold-collar."

Garcia has never heard of the term, but her lifestyle and spending habits fit the bill: She once exchanged $305 Chanel sunglasses for $325 Christian Dior shades because a friend had bought the same pair. The owner of more than 100 pairs of shoes, Garcia built the theme of her birthday party around the Al Pacino gangster film Scarface. The invitations read "The World is Yours," a reference to the catchphrase on a Goodyear blimp that inspired Pacino’s character to embark on a crime spree rooted in entitlement.

"I want everyone to look at me. I want to have a lot of attention," she said. "I realize how shallow it sounds, but you know what? It’s just what I like. I can’t help what I like."

Jason Leong, 24, a makeup artist at Stila Cosmetics in San Jose, said he’s more charged by the thrill of a new trinket than the attention it generates. He holds up his right wrist to show off a prized find, a canvas Christian Dior bracelet.

Leong has tried to cut back on his high-end purchases from a year ago, reducing his $1,000 a month spending budget, which was 60 percent of his take-home salary, to about $400 a month. He now sets aside $25 a week toward the purchase of a house so that he can move out of his father’s place in Hayward, Calif.

When he walked into the Hugo Boss store at Valley Fair on a recent shopping jaunt, three salespeople gave him a nod and acknowledged him by name.

Leong doesn’t limit his purchases to the brand-name items, but on this day of assembling an outfit for a wedding he buys a $120 gun-metal gray shirt and an $80 black leather belt. Though Leong is more restrained than some of his gold-collar contemporaries, he recently also shelled out $55 on Osmotics anti-oxidant for his eyes and $250 on a pair of Dolce & Gabbana jeans.

Tony Rodriguez, an intervention specialist for Catholic Charities in San Jose, encounters gold-collar youth through his work with a young men’s support group. He said it’s no secret why young working-class adults try to emulate celebrities.

"You might not be able to live the life of Sean ‘Puffy’ Combs," he said. "But for a day, you can wear his $200 Sean John outfit and have that glow. You can have that star shine wearing that."

As a result, many young adults, he said, are more interested in stocking up on today’s hot accessories than in investing time in an education or career that will pay off down the road.

"It’s not that going to school is too hard," he said, "it’s that it’s not easy enough."