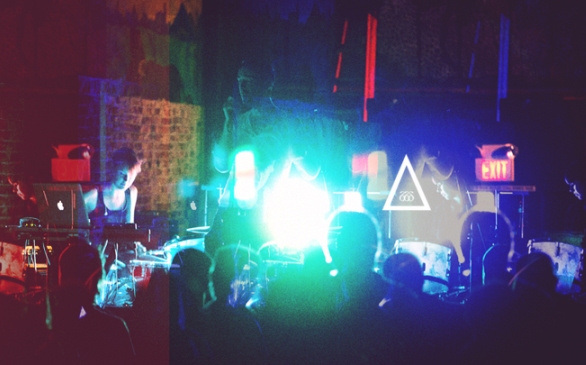 After seeing Big Black Delta play at The Satellite here in L.A. a number of times, I was thrilled to go see a show at Club Nokia. With a bigger venue, Jonathan Bates' solo project is able to show its true potential and scope.

With heavy and emotional beats brought on by two drummers hidden in the dark, Jonathan's electronics and vocals filled the club on Friday night. One song early in the performance, and my personal favorite, Betamax, took over the crowd and they were hooked.

Jonathan, a talented collaborator and musician, has been making a name for his solo work and has been releasing more work with the project. New music comes out from BBD every few months and never disappoints. With more shows coming up in the next couple months, he will be hard to miss. February will have shows in the L.A. area as well as up the coast to Northern California.

Being the opening act for M83 was a perfect fit for Big Black Delta. Though M83 struggled with a sound glitch at the beginning of their set, they owned it and came back with an amazing performance.