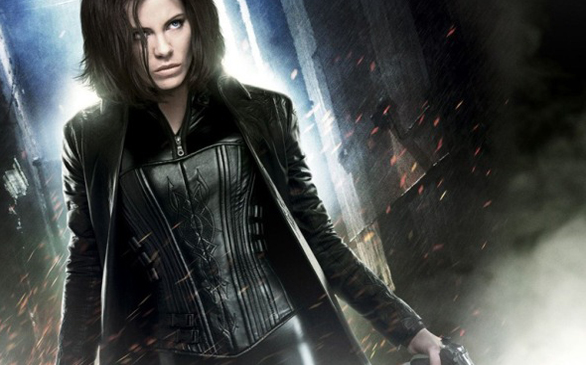 Underworld is back, and in true Underworld fashion, its soundtrack is filled with dark, gothic goodness. So, it’s no real surprise that standout tracks from the likes of Evanescence, Lacuna Coil, and Linkin Park made the cut. The seventeen-track CD seems to be a direct continuation of the soundtracks from the first three films, which will make fans of the previous soundtracks feel right at home.

The CD opens on a strong note. “Made of Stone (Renholdër Remix)” by Evanescence could be described as a “bad-ass song with feelings,” and Amy Lee’s signature haunting vocals take center stage as thumping electronic beats pulse behind. Many of the songs are hard-hitting with an electronic-rock edge to them, such as “Watch Yourself (Renholdër Remix)” by Ministry or “Bottle of Pain” by Combichrist; however, the soundtrack also contains its fair share of slower, moodier songs. “Young Blood (Renholdër Remix) by The Naked and Famous is a definite highlight. It brings a hipster-like edge to the CD, with breathy vocals and an instrumental that could have easily belonged on a Coldplay album.

Another track that will undoubtedly be a listener favorite is “How’m I Supposed To Die” by Civil Twilights. It’s almost depressing, and that’s meant in the best possible way. The opening ghost-like notes play like some sort of strange siren song, and the listener will surely only become more entranced by them as the song continues. Don’t worry! You won’t be in that emotional coma too long. The soundtrack continues with “Consolation Prize” by & SONS, a song that makes little to no sense lyrically.

After several more electronic-rock songs from 8mm, Collide and others, the CD finishes with “Exit Wounds (Justin Lassen Remix)” by Justin Lassen featuring Silent Fury. The song closes the album on a slightly epic note, with a choir full of voices interlaced with the instrumental.

Overall, the soundtrack is another great success on the part of the Underworld crew. The song choices fit the atmosphere of the film perfectly, and many of the remixes are better than the original versions. This album is a must-buy.