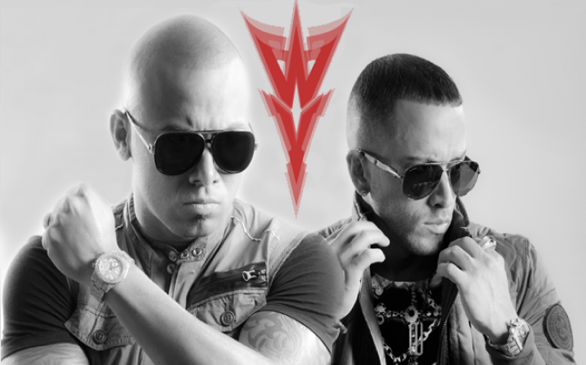 The duo Wisin y Yandel was one of several reggaeton performers at Calibash.

People were already crowding the streets for this year’s Calibash festival nearly 60 minutes before doors opened and two hours prior the start of the show.

But that did not matter to those who waited for the yearly event. It was about getting in there, singing their lungs out, and dancing the night away. More importantly, each fan experienced an above par night of original reggaeton performances.

Once inside, the public looked excited and anxious about the show, which features Jamaican musical influences with the likes of salsa, bachata, merengue, electronic rhythms and Latin rap.

3Ball MTY opened the night right on time, and this is rarely the case for most concerts. This young on-the-rise Mexican trio showcased their hit track “Intentalo (Attempt It).”

After one hour of basically opening acts, the charismatic 22-year old neoteric-bachata singer, Prince Royce, jumped onto the stage as fearless as ever. Prince Royce delivered a show for the ages, beginning with an upbeat, merengue-like reggaeton song, followed with multiple smooth and romantic bachatas in his urban-modern style.

Next up was the most respected female in the genre, Ivy Queen, whose lyrics about men and relationships are notoriously candid. And the crowd loves her, as evidenced on this night with energetic chants and cheers.

However, Wisin y Yandel took over Calibash. Unexpectedly appearing during the middle of the four hour event, the tenacious duo enthralled the over 16,000 fans in attendance. Performing songs spanning their entire catalog, Wisin y Yandel captivated the audience with their vibrant beats and organic lyrics.