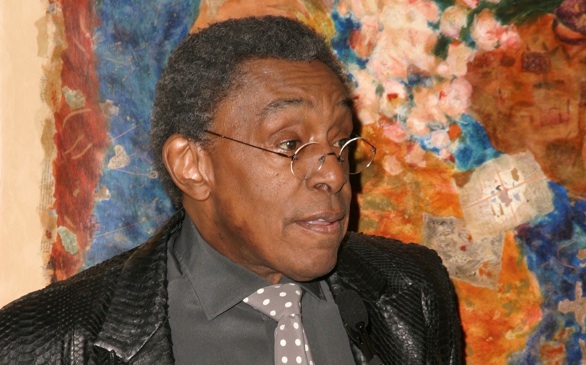 A family member of Don Cornelius arrived at his Mulholland Drive home on Wednesday morning and found the "Soul Train" creator with a gunshot wound to the head, authorities said.

He was rushed to Cedars Sinai Medical Center, where he was pronounced dead, according to law enforcement sources.

His death is being investigated by the Los Angeles Police Department and L.A. County coroner's office. The sources said detectives think it was a self-inflicted gunshot wound but stressed they are still investigating.

The sources, who spoke on the condition of anonymity because the case was ongoing, said the LAPD's initial review of the crime scene suggested no sign of foul play.

Cornelius was 75 and recently had gone through a divorce.

In a 2010 interview with the Los Angeles Times, he said he was excited about a movie project he was developing about "Soul Train."

"We've been in discussions with several people about getting a movie off the ground. It wouldn't be the 'Soul Train' dance show, it would be more of a biographical look at the project," he said. "It's going to be about some of the things that really happened on the show."

According to the Times' Hollywood Walk of Fame database, Cornelius' "Soul Train" became the longest-running first-run nationally syndicated show in television history, bringing African-American music and style to the world for 35 years.


Inspired by "American Bandstand," he devised a similar program spotlighting black music and introduced it on the Chicago UHF station WCIU in 1970. It was syndicated in 1971, and Cornelius soon moved the production to Hollywood. Cornelius was the deep-voiced host, and in addition to major black artists, the show also attracted such R&B-leaning rock performers as David Bowie and Robert Palmer.

Cornelius stopped hosting the show in 1993, and "Soul Train" ceased production in 2006.