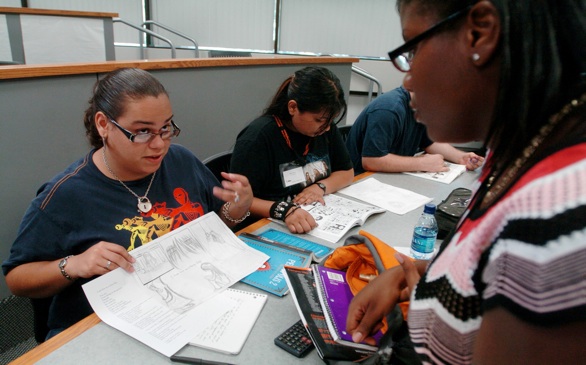 Claremont McKenna College exaggerated the collective SAT exam scores of incoming freshman classes for the last six years, boosting statistics used for national school rankings, an internal probe has found. A senior official in the school's admission office has taken responsibility and resigned, according to a campus announcement Monday from the school president.

"As an institution of higher education with a deep and consistent commitment to the integrity of all our academic activities, and particularly our reporting of institutional data, we take this situation very seriously," President Pamela B. Gann wrote in a memo distributed at the prestigious liberal arts college, which enrolls about 1,321 students.

The school, in Claremont, east of Los Angeles, refused to identify the official who resigned.
However, Richard Vos, who recently has been vice president and dean of admissions and financial aid, was not listed Monday on the school's website, and a campus spokesman confirmed that Vos is no longer employed by the college. Citing privacy rules, spokesman Max Benavidez said he could neither confirm nor deny whether Vos was the official involved in the SAT issue.

Reached at his home, Vos declined to comment on his employment or on the campus investigation.
Gann said the college does not think more than one person was involved.

"If we learn otherwise, we will take prompt and appropriate action," she said in the statement, adding that the school has hired a law firm to review admissions data handling.

The collective score averages often were hyped by about 10 to 20 points in sections of the SAT tests, Gann said. That is not a large increase, considering that the maximum score for each section is 800 points. The school said no individual student's scores were altered.

But the numbers might have been enough to affect an otherwise tied position on the U.S. News & World Report annual ranking of colleges. Claremont McKenna was ranked the ninth-best national liberal arts college in the magazine's most recent survey, up from 11th the year before. Such rankings take into account many factors, including financial endowment, graduation rates and academic prestige judged by peers.

Similar manipulations of statistics related to colleges' selectivity have occurred in the past as schools feel compelled to present themselves in a better light, said Barmak Nassirian, an official at the American Association of Collegiate Registrars and Admissions Officers. "It's not as terribly uncommon as it should be," he said. "It is all a function of the rankings, which have put enormous pressure on institutions to move up the food chain."

The College Board, the nonprofit organization that controls the SAT, did not return calls seeking comment.