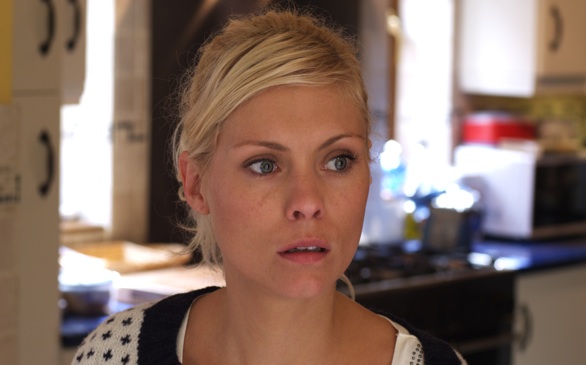 There are only a handful of films within the horror genre that have left audiences rattled. Not since Danny Boyle’s 28 Days Later and The Descent have British horror films managed to leave a strong impression in the Hollywood motion-picture business. Kill List is one film that will have audiences dwelling in the uncomfortably tense and unsettling trip through a hitman’s worst nightmare.

Months after a botched job, Jay (Neil Maskell) is an unemployed hitman with a wife who is constantly nagging him and a son who is adapting to their explosive disputes. During what seems to be a friendly dinner with his business partner, Gal (Michael Smiley), Jay accepts a new assignment. After three assassinations go off without a hitch, Jay finds himself back to the lonely and dark life of a hitman with a big payoff waiting for him.

What begins as a poorly made domestic drama turns into a gripping thriller permeating with paranoia. Director Ben Wheatley’s logic behind the use of odd, awkward camera movements and editing choices subtly implies something is off about the family. Attention to detail is imperative to better understand the story’s direction, though Wheatley gives audiences just enough clues to allow them to reach their own interpretation of events.

With more than its share of torture, Kill List certainly doesn’t hold back the butchery. One thing is for sure, the film really instructs on the various uses for a hammer. While in the midst of Jay’s killing frenzy, there are cryptic revelations that begin escalating, and things take on a nightmarish dreamscape that will leave viewers wondering if they are really happening. Kill List takes on its share of reversals, ending in bizarre circumstances.  Something tells me, it’ll be hard to shake its heart-pounding unease.