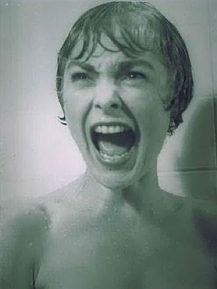 It’s hard to believe that it’s already been 45 years since Anthony Perkins’ creepy Norman Bates first graced the silver screen. One of the most haunting and memorable movie villains of the 20th century, Bates – who, in the film, owns and operates an offbeat motel which, somehow, always has "12 rooms and 12 vacancies" – permanently entered the movie fan’s lexicon due to an understated presence and precise direction by Hitchcock himself.

Psycho, which was originally released in 1960, will be screened at Hollywood’s ArcLight theater Sept. 28 as part of the American Film Institute’s "100 Years … 100 Movies" series, currently wrapping up its 2005 season, which celebrated 100 of the screen's greatest heroes and villains.

Also starring Janet Leigh and Vera Miles, Psycho is perhaps one of Hitchcock’s most recognized films to date. Aside from a spooky set and the main character’s twisted sentimentality, the film’s infamous shower scene can’t be forgotten. It’s voyeuristic and violent, yet reminds the viewer exactly why Perkins – as Norman Bates – is truly one of cinema’s best villains.

The Sept. 28 screening begins promptly at 8 p.m. Tickets are $11 for general admission and $10 for AFI, ArcLight and Skirball members.