Rules May Lower Airline Ticket Sales: Will Consumers Still Buy When They Know the Real Price? 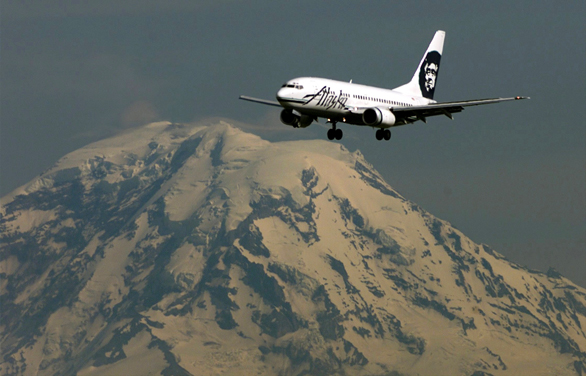 New federal regulations aimed at giving airline passengers the true price of their tickets when booking a flight may provide some travelers with an unpleasant surprise.

The U.S. Transportation Department rules that took effect Thursday require airlines to include all mandatory taxes and fees in their advertised prices. But travel experts say the rules may have the unintended effect of reducing airline ticket sales by scaring away passengers with prices that suddenly seem much higher than in the past.

But the effect should be only temporary, said Anne Banas, editor of the travel review site SmarterTravel.com.

“At first, consumers might face a bit of sticker shock, as pricing will seem much higher upfront,” she said. “But ultimately it’ll be easier for them to compare prices across multiple airlines.”

Steve Lott, a spokesman for the Air Transport Assn., the trade group for the nation’s airlines, said, “It’s basic economics that when consumers believe that the price of a product or service is higher, then there is the potential that demand will fall.”

The airlines are not required to include optional fees, such as fees to check baggage or buy food or onboard entertainment, in the advertised price.

When the rules were proposed more than a year ago, the nation’s airlines protested, arguing that no other industry is required to wrap fees and taxes in advertised prices. Three carriers - Southwest, Spirit and Allegiant - filed a lawsuit to halt the rules. The lawsuit is still pending.

Spirit Airlines has gone a step further in its opposition. Spirit last week launched an online campaign, contending that the new rules are intended to hide federal taxes.

The Florida airline created a website, keepmyfareslow.org, where it suggested that the rules allow federal officials to “carry out their hidden agenda and quietly increase their taxes.”

Sen. Barbara Boxer, D-Calif., lashed out at Spirit in a letter to the airline’s chief executive, Ben Baldanza, saying the carrier is misleading the public about the intention of the new rules.

“I urge you to immediately send a clarifying email to your customers and remove the misleading information from your website,” she wrote in the letter.

Spirit spokeswoman Misty Pinson said she was disappointed in Boxer’s letter and refused to back down on the airline’s position. Pinson added, “We would welcome the opportunity to sit down with her and discuss the facts so she is fully informed.”

For about 30 years, Alaska Airlines has been known as the air carrier with the Eskimo logo on the tail of its planes and small prayer cards distributed in the cabin with each meal.

The logo remains but beginning Wednesday, the airline said, it will eliminate the prayer cards in response to passengers who say the religious messages are inappropriate for an air carrier to promote.

“This difficult decision was not made lightly,” Brad Tilden, president of Alaska Airlines, and Bill Ayer, chairman of Alaska Air Group, the airline’s parent company, said in a statement. “We believe it’s the right thing to do in order to respect the diverse religious beliefs and cultural attitudes of all our customers and employees.”

The cards typically include a Bible passage imposed over the image of a serene landscape. The cards were provided on all meal trays before free meal service ended in coach six years ago. Since then the cards have been slipped in only with the meals of first-class passengers.

The cards were an idea Alaska borrowed from another airline and introduced in the late 1970s as a way to differentiate it from other air carriers.

Former Alaska Gov. Sarah Palin has jumped into the issue on her Facebook page, urging airline officials to reconsider.

“The Alaska Airlines tradition,” she said, “should be looked upon as an all-American, hopeful, encouraging gesture. Please don’t discontinue the cards.”