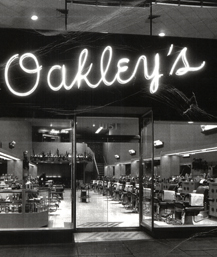 Untitled Document Haircuts for 99 cents or less?! That was the good ol’ days when Oakley’s Barber Shop became the first spot in Westwood where men and women could get a fresh ’do for prices like 65 cents and 95 cents. But even though inflation has caused the personal grooming regimen to cost much more than $1, Oakley’s has managed to keep a steady stream of customer’s – especially UCLA students and alumni.

Located across from the popular Whole Foods Market in what is now the heart of Westwood Village, the barber shop is ready to celebrate. 2005 marks the 75th anniversary of the Oakley family business – a marriage to the barber industry that has withstood turbulent changes in consumer income and three relocations since 1929.

After being enticed away from the original East Los Angeles location on Vermont Avenue (near UCLA’s first campus), Bert Oakley (uncle of current owner Larry Oakley) was offered a deal he couldn’t refuse from the investment company credited with founding the lucrative Westwood Village: six months free rent in exchange for his commitment to serving the students of UCLA and Westside residents.

From Westwood Boulevard, to a larger location in response to booming business on Broxton Avenue, to their latest location of more than 30 years on Gayley Avenue, wherever Oakley’s Barber Shop went, their customers eagerly followed. In fact, it was known for regularly serving an elite list of clients including legendary celebs like Humphrey Bogart, Clark Gables and other stars who resided in Pacific Palisades and the surrounding cities.

Larry Oakley, now the only family member interested in supporting the business, was Howard Hughes’ personal barber. "Howard Hughes would ask for me," Oakley says, and he’d also give him $5 tips for haircuts that cost $1.10. Shirley Temple regularly visited, too. Oakley’s wasn’t responsible for her signature curls, but Larry took on the honor of giving Shirley’s father his routine ‘cut while the young actress sat on Mr. Temple’s lap.’

"Everyone got haircuts every three to four weeks, just like clockwork," Oakley says. "The minute they got out of their chair, they made another appointment … There were no slobs in those days, everyone dressed up." Even when the hippie’s brought hard times after the long-hair craze hit and now that salons have started to become the new "It" thing in the beauty business, Oakley’s has maintained a style that will last a lifetime.

Besides chopping up stylish cuts, locals can take advantage of Oakley’s full-service menu that offers anything from a good old-fashioned shave and shoeshine to modern-day waxing and nail care. With a relaxed atmosphere that has preserved its old-school charm along with the mom-and-pop shop feel of the ’60s, Oakley’s 75th anniversary proves that although trends seem to change with the seasons, this is one barber shop that will always stay the same.