Cocaine Mustache: On the Mirror 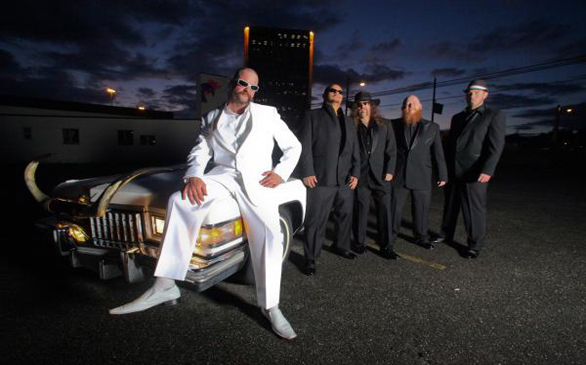 Given that the name of the band is Cocaine Moustache, one might think that the album’s lead track “The Drip” is about how overindulgence with the nose candy tends to give one a runny beak. The drip in question, however, is being emitted from a different part of the anatomy –an appendage unique to males. With that track, the band is off to a suitably icky start. Why in this day and age a band would want to champion the use of blow is anybody’s guess, but they sing about Colombian marching powder in the self shout-out “Cocaine Moustache” and again in the title cut “On the Mirror.” They even go so far as to use drugged-up stage names like Vinnie Railtrail and Doctor Cleanplate. The gimmick might not be necessary: singer White Willie Sniffsum has a great rock voice reminiscent of the late Jim Morrison, and the band works in a heavy vein that recalls successful groups like Queens of the Stone Age, the Cult and at times pre-Skrillex Korn.