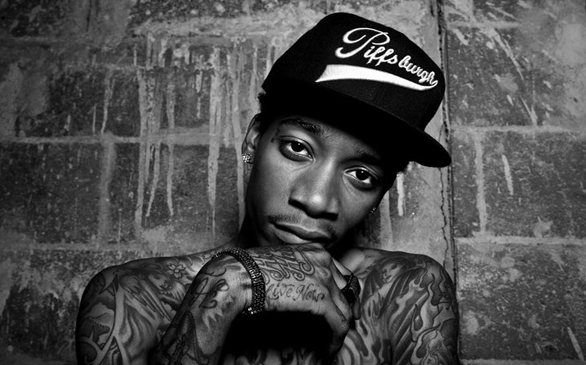 Wiz Khalifa is scheduled to perform at this year's Smokeout Festival.

Owl City: Live From Los Angeles DVD
Those of you who were at the show when Adam Young (aka Owl City) brought his All Things Bright and Beautiful Tour to Club Nokia last July may remember that there was a film crew in the house shooting the concert for a DVD. Owl City: Live from Los Angeles drops on February 7 and includes the entire show, highlighted by versions of “How I Became the Sea,” “If My Heart Was a House” and, of course, the four-times platinum single “Fireflies.” Young is a bit taken aback by Owl City’s meteoric rise to worldwide fame, commenting that, “The gratification you get from flying across the world and playing to a room full of kids who know all your lyrics even if they don’t speak your language is totally stunning. It’s those moments when I stand back and say, ‘I’m just a normal guy. I can’t believe this is happening.’” Owl City: Live from Los Angeles is also available on Blu-ray.

Make Way for Jessarae
His father is hockey player Luc Robitaille of the L.A. Kings and his brother is actor Steven R. McQueen, who stars in the hit television series “The Vampire Diaries,” but now Jessarae is making a name of his own. “We all have our passions and love pursuing them, and the thing is we’re all having fun while we’re doing it,” says Jessarae about the accomplishments of his overachieving family. His particular passion is music, and the young singer/songwriter/guitarist is celebrating the release of his debut album, Pilot. Jessarae is still in his teens, and some folks who haven’t heard his brand of garage rock inspired by everyone from Neil Young to My Bloody Valentine mistakenly draw comparisons to Justin Bieber. “When people compare me to him I think they are just fixating on our age because it’s the easiest thing to do. Having a good piece of work is the important thing.” Pilot is available now.

Charles Bradley Sings to Your Sweetie
Forget the flowers and chocolates; how’s this for a Valentine’s Day gift for the one you love? Soul singer Charles Bradley has announced the "Valentine’s Day…Gotta Make it Right!" contest where fans are encouraged to enter to win a chance for the man himself to call their loved one and sing his ballad “Lovin’ You, Baby” to them on Valentine’s Day. Contest details can be found at www.thecharlesbradley.com; deadline to enter is February 13.

The Devastated: Devil’s Messenger
Riverside’s “gross, grimy, groove-metal” band the Devastated is about to release a new album called Devil’s Messenger. According to the band’s singer Greg Wilburn, the new music was not written with the intent of impressing anyone except the band members themselves. “Our state of mind was, ‘Let’s play what we want to hear,’” says Wilburn. “Let’s write the heaviest, grooviest and ugliest songs we possibly can and bring something fresh to this extremely watered-down scene. If people ‘get it,’ awesome.” See the Devastated in concert February 13th at Dream 118 in Simi Valley, and pick up Devil’s Messenger on February14.

Half Notes
The line-up has been announced for Cypress Hill’s Smokeout Festival 2012. Sublime with Rome, Korn, Wiz Khalifa, Thievery Corporation, Rusko and of course, Cypress Hill will all be on hand for the March 3 show at the NOS Events Center in San Bernardino. Sarah Rara and Luke Fischbeck, better known as Los Angeles band Lucky Dragons, have a new album called Existers set to drop on February 14 and a March 10 show at The Smell. L.A. trio Mansions on the Moon has a new Pharrell Williams-produced E.P. called Light Years out and you can grab songs from it for free in exchange for a Facebook “like” at www.mansionsonthemoon.com/lightyears/. Keller Williams’ 17th album is out, and simply called Bass because the multi-instrumentalist plays only bass on the effort. Catch Williams in concert February 4 at Club Nokia. Tickets are already on sale for this year’s Paid Dues Independent Hip Hop Festival, due to roll into the NOS Events Center on April 17. Wu-Tang Clan, Odd Future, Living Legends, Dipset, Hieroglyphics, DJ Quik, Dilated Peoples and Psycho Realm are scheduled to appear. More info is at www.paidduesfestival.com.